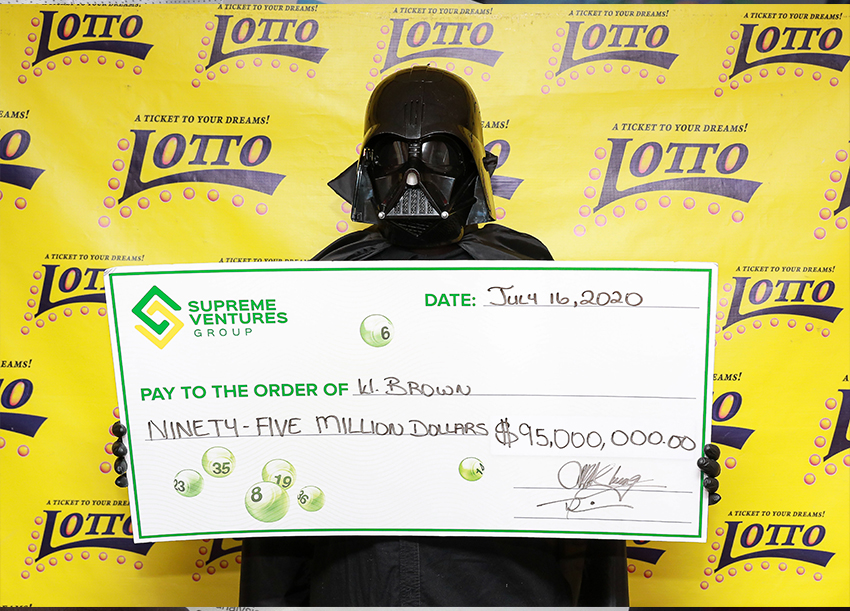 Supreme Ventures’ second Lotto winner for 2020 who walked away with a massive jackpot of $95 million says the win is a blessing from above that came just in the nick of time.

“I bought it on the same Saturday evening about an hour before the draw, a little after 7 o’clock. I don’t regularly buy from that place, I usually purchase my ticket in Old Harbour or Spanish Town, but I was on the road so I just stopped there,” he said.

Brown says he has purchased the same set of numbers with a few replacements over the past 20 years and said the numbers came from rakes and meanings that he has come across. He always knew that he would win the jackpot and change his life for the better.

“Life has always been very rough. I come from a poor family, sometimes I couldn’t attend school because my parents didn’t have it, but I told myself that God will help me one day so I can help my family,” he said.

Brown says he found out about his jackpot win when he watched the live draw on TV, “I wrote down the numbers and saw that I won! I was excited and said Mi finally hol’ him now! I then had a shower and went to sleep.”

Brown said he has not told many people of his winnings but is still thinking of a few things that he wants to do with his $95 million.

“I want to decide what is the best thing to do before spending anything. I need to decide what my goals are, but I know I want to buy own a bus, I love Coasters,” he said. He said he would also purchase a house and do some investing.

Brown, who says he had previously caught five numbers, says he has also played and won Pick 4 but focuses mainly on the big jackpot games.