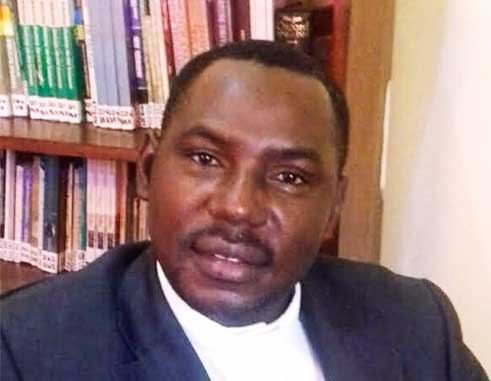 “When the righteous are in authority, the people rejoice: but when the wicked beareth rule, the people mourn” (Prov. 29:2 GSB)

Leadership at all levels in every society is very crucial. In the absence of godly leadership in a society, there is bound to be a ‘winner takes it all’ syndrome. The stronger takes advantage over the weaker, the evil ones in the society take advantage of the weak and the poor by milking as much as they can from them.

Leadership, in general, is a sacred privilege that emanates from God and is conferred on persons to lead God’s own people, whether it is in the religious or secular arena. In actuality, leadership should be about someone acting on behalf of God for the good of the entire society.

Therefore, for every society to prosper and progress, it calls for godly leadership because the leader is acting on behalf of God. What seems to be central to leadership is initiative and influence. It stands to reason that when God’s eternal spiritual law is followed by the leader; there is a beautiful, harmonious relationship between the leader and the people he or she governs. This relationship enables the leader to resolve conflicts and accomplish things smoothly and harmoniously.

On the other hand, if the people in the society do not respect and follow those whom God invests with authority, the society breaks down and cannot be properly administered.

The principle of leadership is based on the fact that God is at the top. The authority emanates from God, and He delegates it to whom He chooses in order to administer and enforce His law in every society or a nation.

Paul, in Romans 13:1-3, has this to say: “Let every person be subject to the governing authorities; for there is no authority except from God, and those authorities that exist have been instituted by God. 2 Therefore whoever resists authority resists what God has appointed, and those who resist will incur judgment.”

This text points out to us that, as a people, we must respect our leaders. You may not like the leader, or his or her political party, or his or her leadership style, but let us remember that such a leader is acting on behalf of God.  The leader has been elected or appointed by the majority; decisions which I think the people were inspired by God to make. “The voice of the people is the voice of God” so the saying goes.

The leader carries out God’s wishes not his or her own wishes. He or she is seen as only a steward carrying out God’s will. Any leader, who goes contrary to the will of God, invites problems and chaos into the society. Leaders acting on behalf of God are not in office to seek their personal interest; they do not use their position to amass wealth, power or property to the detriment of the poor and the needy in the society.

In contrast, such leaders are more generous. They put the interest of the people they are governing first; they are far more interested in the prosperity and happiness of the people. They do not do things that become problematic for the people under their care. Such leaders do not carry out programmes or embark on projects that run the society down, but always seek the best interest of the people by doing things that will ease the society from poverty and inequality. Such leadership facilitates wealth creation to benefit all people in the nation and not just a few sections of the population.

Godly leaders understand justice. Such leaders understand their role towards the poor and the helpless in the society. They conduct themselves honourably in a manner that reflects their title and, therefore, God blesses them and extends the blessings to the entire society.

Sometimes, when one is on the “touch line” or on the “other side” of leadership, he or she sees leadership as being easy. It is like football. The player on the touch line thinks he or she can play better than those on the field, but when a player is substituted and he or she gets the opportunity to play, he or she realizes that it is a different ball game all together.  Sometimes, words are cheap. People on the touch line speak from imagination, but when reality catches up with them, they fumble and mess up. It is natural for anyone who is not in a leadership position to criticize everything the leaders do, but the same persons who criticize, when they are given the opportunity, they do no better than their predecessors.

I am saying all these things to say that, we must respect all those who God has put in charge of us. Instead of criticizing them, God commands us to pray for them so they can lead us with a clear conscience.

Sometimes, some people blame our leaders for all our problems, but I think God places the responsibility on both our leaders and on us to be righteous so that we can all be blessed and prosper together.

We, the people, must honour and serve God and then He will be able to bless us and give us the godly, consistent leadership we need at all times. Godless leaders have no idea what social justice is; such leaders do not know how to rule the people justly. They oppress the poor, they lack understanding about the needs of the people in the country. This oppression and lack of understanding causes God to remove His blessings from that society. Then, the economy struggles to grow, the family system breaks down, poverty increases, sexual misconduct ruins relationships, children are abused by the powerful in the society, and political tension increases.

The point is, when the people of a nation finally forsake God, God will surely forsake them. If we choose to wallow in sin, it means we are choosing to suffer because we are the ones who choose our way and not God’s, and since God is sovereign, He will hold each nation and individual responsible; even more so, the national leaders. Shalom!