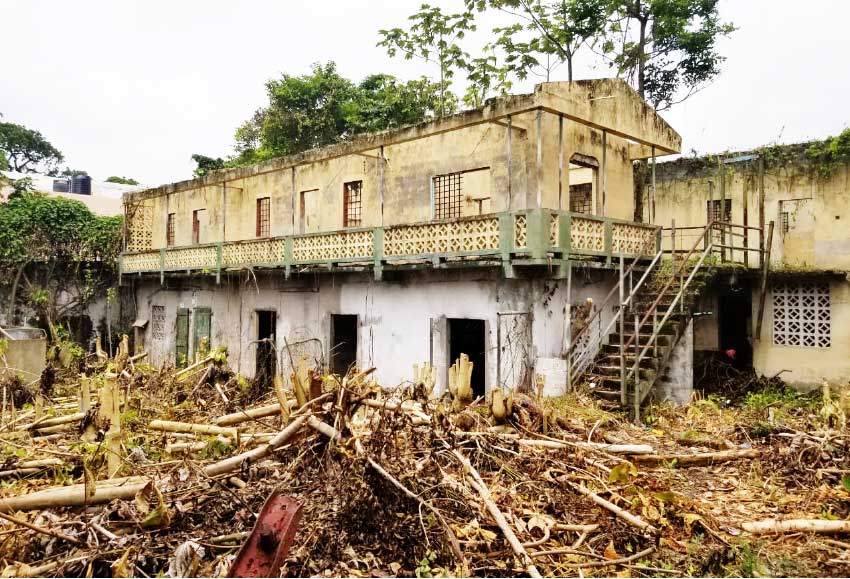 While this matter has captured the nation’s attention, it is important that the National Trust revisits its approach to the preservation of sites and buildings of interest. Let me say upfront, that I was not a supporter of keeping these structures, which were demolished. I do not subscribe to the view of maintaining the dark history. I fully supported the change of the name of Milner Hall on the St Augustine Campus of the University of the West Indies, when it was revealed that Lord Alfred Milner was associated with crimes against humanity in Africa and he held a consuming belief in “British race supremacy’.

The Afro-centric side of me would say that we should demolish this gaol that was built by slaves for them to be incarcerated, probably in most cases wrongfully. However, if there was an agreement, then integrity demands that the agreement be kept. I would say that the National Trust was poorly advised when they signed the agreement. The operative clause of the entire agreement is found in these words : “the undertaking is in no way… an acceptance by the Government Team that there is any legal obligation on the part of the Government of Saint Lucia to submit the development plans to the Trust’’. This clause meant that the entire letter was worthless, yet the spirit of the agreement was that there would be consultation and dialogue.

Once this list is compiled and gazetted a person shall not execute or cause to permit to be executed any works, for the demolition or alteration of a building or monument or disturbance of a site included in a list compiled, which would seriously affect its character, unless notice is given to the DCA at least two months before the work commences. Section 33 (4) brings the Saint Lucia National Trust into the picture as any proposed works on a structure in the compiled list must be reviewed by the Trust and their comments are to be submitted to the DCA. The Act binds the State.

If the National Trust was properly advised on the law they should have pursued an approach which would have the structures declared as buildings of historic interest and the agreement would have included the commitment of the DCA to so have the buildings gazetted. By doing this the provisions of the Physical Planning and Development Act would have been operative and thus ensured the consultative process mandated by Section 33.

So, my advice to the Saint Lucia National Trust is to start the process of compiling your list of buildings, monuments, and sites of special prehistoric, historic, or architectural interest and to submit that list to the DCA. Follow up to see how many on that list that you can get gazetted and allow the provisions of the Physical Planning and Development Act to empower you to have a voice in the consultative process mandated by Section 33. You made a boo-boo on this one, dust your pants, move on, and look at the bigger picture.