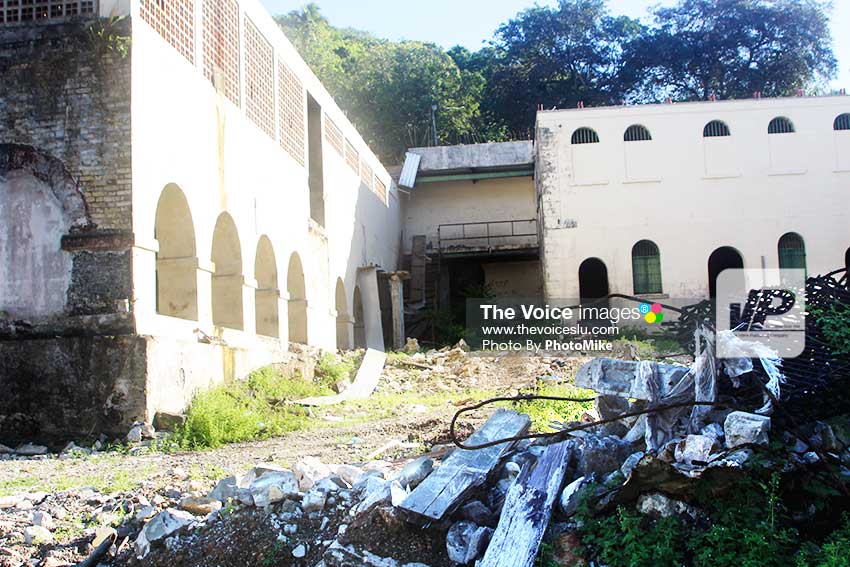 Recent media reports of the demolition of the old Royal Gaol mention that an architect’s drawing was presented to the members of the SLNT. It would appear therefore that an architect and probably other consultants have been appointed for the design of the new buildings. This is news to me. I am not aware of any advertisement in the local press for consultants interested in providing their services on these buildings. Do we assume therefore that government has made up its own mind as to who gets the work, without giving other consultants the opportunity to submit proposals? This is wrong. The local architects, engineers and surveyors’ associations should speak up and ensure that their members are given a chance to compete.

We should remember that government acted in a similar fashion when they appointed consultants for St Jude Hospital after the fire. That appointment resulted in the fiasco that caused the expenditure of many millions of dollars more than should have been spent and a delay in completion of 10 years. It is strange that government decided not to proceed with PAHO on that project as they had representatives on site two days after the fire. PAHO had several hospitals under construction in Peru and Haiti and were able to discuss budget costs based on their experience.  I am sure that a design by PAHO would have been a much better option.

Why is the direct appointment route used on any project? Why not invite competitive bids? The secrecy surrounding this project leads ineluctably to the conclusion that loyalty, not competence is the governing criterion. Have the police been consulted as to what they require in the new headquarters building? Has the Bar Association been consulted on the design of the law courts and the many other necessary facilities? Has DCA approval been obtained?

This high-handed direct appointment of consultants (and contractors) must stop. We do not want this project to be a disaster like St Jude. Consultants should be appointed on their merit, not on the whim of any politician.  Whilst Government has the undoubted legal right to make direct awards for contracts, can so doing be morally justified in a small developing nation such as ours, or indeed anywhere? It is ironic that a Police Headquarters and Halls of Justice to house the two most vital guardians of integrity should be contaminated by suspicious dealings at their birth.

Why is it that so few members of the public make known their concerns of government actions? Is this because we have a big colour problem in St Lucia? It is not a racial problem, just a yellow and red colour problem (our political parties’ colours). We tend to accept whatever government dishes out, just because it was produced by whichever party we support, rather than criticising them when we feel they deserve it. This unswerving loyalty to party is bad for the country. It is time for a change in mindset.

In closing I must advise that I am a member of one of the disciplines referred to above but have withheld my name to avoid victimisation.