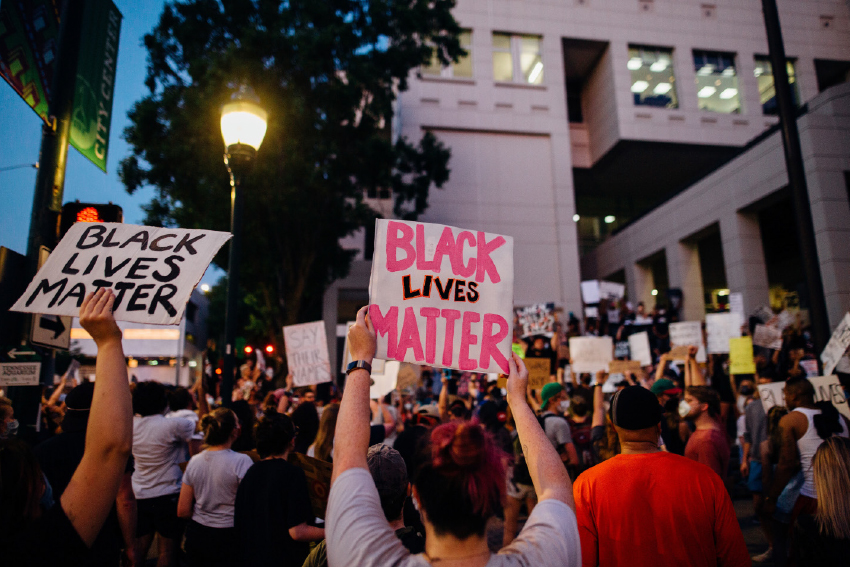 Despite the on-going spread of the Corona Virus across the United States, vast crowds of protesters continue to march down streets on the behalf of George Floyd’s tragic death. The unarmed, 46-year-old black man was murdered on May 25th of 2020 by a white police officer named Derek Chauvin. Derek whose knee was pressed into Floyd’s neck for almost nine minutes led Floyd into suffering a cardiac arrest. Derek was soon after charged for third degree murder and manslaughter. The unsettling videos of the appalling incident went viral over several social media platforms, causing an outrage between persons who’ve witnessed preceding forms of injustice like this specific one. His charge was later upgraded to second degree murder.

Systematic racism as well as police brutality against innocent African American citizens has been an unceasing issue taking place in numerous states of the US. White police officers have been known for taking the lives, arresting or maliciously assaulting defenceless men and women of colour for no valid reason, excepting from a place of bigotry and partisanship. This order of inequity has caught the attention of many people across the globe, including those residing in the Caribbean. Though many outside of the US have gotten involved whether through protesting or otherwise speaking out, some too have made the decision to turn a blind eye to the reality that is racism against POC; selfishly proclaiming that if they aren’t the ones being oppressed, there’s no reason for them to care about those who are. Still, there are many people outside of the US who believe that this corruption and exploitation is everyone’s issue to try to fix, not only black men and women living in America.

Black is the predominant race of citizens of every Caribbean island which means that almost none of those citizens have gotten the spiteful chance of experiencing first-hand, “white on black” immorality. This luck that most of them have has been taken for granted as they continue to ignore the fact that white supremacists have made it their priority to make their lives as black people a living hell. People of the Caribbean believe that they’re unreachable to oppression because of the seldom-noticed, owned privilege that is the distance between them and the oppressors.

Several living in the Caribbean plan on moving to the US for various reasons such as establishing a business, health care that cannot be provided in their own country, enrolment in a desired college or to have a coveted occupation. This is all the more reason why it is necessary to face, learn, and raise awareness as it pertains to the injustice going on in America. Some of the ways Caribbean people and people living outside of the US can support the cause include donating to the various organizations on the frontlines and signing some of the petitions being broadcasted across the internet as a means of taking a step further in enforcing the rights of African-Americans. Even for people living outside of the US, it is very important to acknowledge the maltreatment that minorities persistently face. We should all be selfless and do whatever we can to show our support for the black community in America as a way of helping them get the justice and the respect that they deserve.

“Black lives matter, and they always will, regardless of the way arrogant white folks decide to treat them. Make the problem of inequality your problem and always fight for change in any way you can,” someone on the news is shouting, even today, as she protests, carrying a piece of cardboard over her head with the words “STOP KILLING US!!” featured prominently. Her words have meaning and should have a place in the hearts of even those who don’t live in the United States but yearn to see change there.