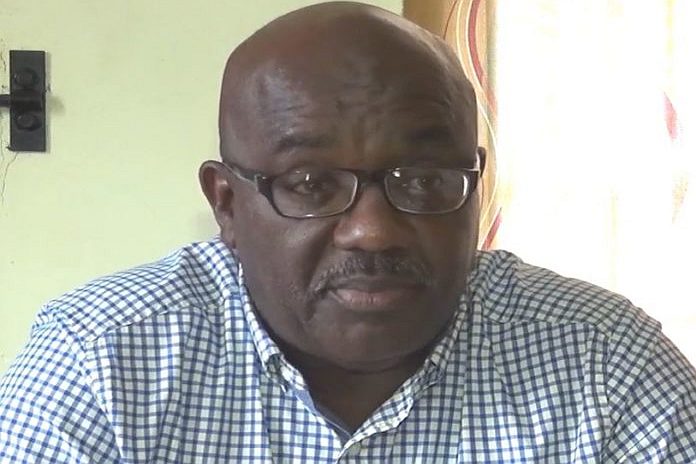 The flouting of the Government of Saint Lucia’s obligations, in an agreement with the Saint Lucia National Trust (SLNT) covering works on the oldest building in the city of Castries, the Royal Gaol, is yet another shocking and disturbing contempt for institutions of the state, and the citizens of Saint Lucia.

The SLNT is such an institution, created by an act of parliament, charged with the responsibility of promoting and protecting the patrimony and heritage of Saint Lucia. While I am prepared to accept that some may not understand the social and historic value of the SLNT’s mission, it is inexcusable and a damning indictment on the prime minister of Saint Lucia, upon whom the important responsibility of the SLNT appears, lost.

I am now, led to believe, that he does not understand or perhaps, does not care about the social and historical value and work being done by the SLNT. There is little to salvage if it were the case that he just does not care, but if he does not understand, he should at the very least be prepared to give the SLNT a genuine and honest listening ear. Instead, having been stymied by a court injunction to conduct works at the Royal Gaol site, the government entered an agreement with the SLNT in which the court injunction was withdrawn, with an understanding that no further works would be carried out until there was agreement on the way forward.

What ensued was a shocking and despicable act that ignored the said agreement, followed with the demolition of the Royal Gaol under the cover of a “State of Emergency”, without any consultation or agreement with the SLNT.

This sort of behaviour is nothing less than an act of dishonesty, and deception, not to mention contempt for the Development Control Authority (DCA)  — a signatory to the agreement between (the main parties) the SLNT and government of Saint Lucia.

Therefore, how should citizens of the country view the role and powers of the DCA? Have we been given the signal to destroy and put up structures willy-nilly because the DCA has been emasculated by the government? And, if the DCA were to exercise its powers to regulate private developments, would it be acting fairly?

This recent despicable act by the government only serves to undermine state institutions, which are expected to serve the common good of the people. When our government is the protagonist in the gradual undermining and destruction of state institutions, we have good reason to believe that they are not about the development of the people and the country, whatsoever else they may say; their actions have spoken far more loudly.

Meanwhile, the minister of economic affairs, Guy Joseph, is inappropriately and unfairly attacking public servants about their low level of productivity during COVID-19 lockdown, and subtly threatening retrenchment of public servants, while the prime minister is calling upon those same public servants to lend the government 50 percent of their salary for one year.

Would it be reasonable for public servants to discount the recent conduct and blatant mistrust of the government in its relationship with the SLNT? And should they also ignore the government’s apparent readily available access to funds to finance capital projects, which many believe to be more about burnishing its election chances at the upcoming general elections?

Not surprisingly, public servants have rejected the request of the government. In the absence of trust, the government will not be able to manage this country satisfactorily, especially in this COVID-19 crisis, where widespread consultation, collaboration, and compromise is vital.

The currency of the prime minister’s words has lost significant value with a wide cross-section of society and regrettably in some instances has -no value.

The prime minister of Saint Lucia has euphemistically made too many misstatements. And this recent egregious act of reneging on an agreement with the SLNT and in the manner done — will make the remaining months of his administration an insurmountable challenge.