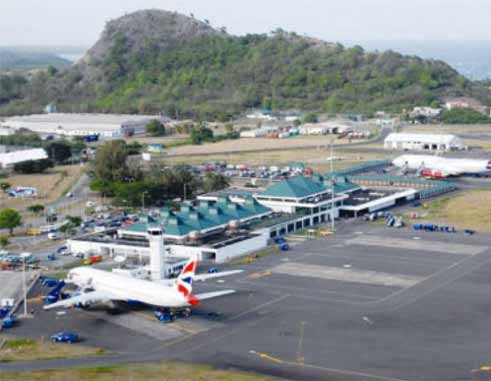 Nearly 600 British visitors returned home to the UK from several islands across the Caribbean, on the latest series of repatriation flights organised by the British Government.

The two flights departed from the Grantley Adams International Airport in Barbados for London Heathrow, on 3 and 4 June.

In the most complex repatriation effort undertaken by the British Government to date, sweeper flights facilitated by LIAT Airline brought British travellers from Antigua and Barbuda, Dominica, Grenada, St Kitts and Nevis, St Lucia, St Vincent and the Grenadines, the British Virgin Islands, Montserrat, and Trinidad and Tobago to Barbados – to join the main British Airways transatlantic flights. On the 3 June leg of the operation, a short stop was also made in Punta Cana after the plane departed Barbados, enabling British travellers in the Dominican Republic to board the flight home.

UK Minister for the Caribbean and the Overseas Territories, Baroness Sugg said:

“We recognise that many British travellers in the Caribbean are still trying to get home. That’s why we have organised our most complex series of charter flights yet to bring up to 600 people back. Our teams will keep doing everything they can to get as many as possible home to the UK and will be providing those not returning with the support they need.”

“I recognise this is a challenging time, and I’m pleased that these flights will reunite British visitors in the Caribbean with their families in the UK. I’m grateful for the support of the Government of Barbados, and the Governments of the Eastern Caribbean, throughout this operation. For those who are unable to travel, our teams in Barbados and across the region will remain on-hand to provide the support that is needed.”

Priority was given to British travellers who were vulnerable. This includes those who are elderly and others who have medical requirements, those travelling with young children, and those located in more remote or at-risk areas across the region.

The UK Government is working with the airline industry and host governments across the world to bring back British travellers to the UK as part of the plan announced by the Foreign Secretary Dominic Raab (30 March) – with up to £75 million available for special charter flights to priority countries.