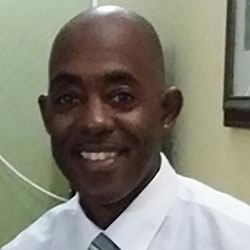 A call has been made for the president of the Saint Lucia Diabetes and Hypertension Association (SLDHA), Andrew Felix to resign.

The call is made by a current member of the Board of Directors, Elizabeth Eulovique who listed, in a letter to Felix dated May 6, 2020, several concerns, she says she has about the present management style of the Association.

Then there is the matter of the group who want Felix to go, last week padlocking the front doors of the Associations Headquarters on 60 Coral Street, Castries when no one was inside, infuriating Felix and other members. The chain used to padlock the doors was later cut by the landlord.

Conceptualized on August 9, 1983 and nationally launched in April, 1989 the SLDHA is clearly facing a crisis of which could negatively impact the purpose for its existence if good sense does not prevail.

At the same time, it is hoped that the upcoming general membership meeting, to be held hopefully in July of this year, where a new executive would be elected, would resolve the controversy threatening to derail it from its established objectives, which are to attend to the welfare of diabetic and hypertensive individuals in Saint Lucia, as well as to provide service to the general public.

Allegations of outright wrongdoing and unethical behaviour on the part of the Association’s president, along with accusations that he has set up his own medical NGO (non-government organisation) to benefit himself as president of the SLDHA are all contained in Eulovique’s letter.

But Felix has since denied all the allegations and accusations directed at him and is weighing legal action saying that his lawyers are involved. He says his name is his brand and he will defend his name. He is a personal trainer, fitness instructor and nutritionist. He has done work with healthy Caribbean coalitions, the Ministry of Health and has done courses dealing with his expertise with several corporate entities.

According to Felix there are members, even on the Association’s Board of Directors who have tried to embarrass him. He has denied having an NGO and when questioned said he did a name search and purchased a name, A&G Social Solutions, but cancelled the name. He said he had documents on his desk which were taken by a former board member who circulated these documents claiming he, Felix had an NGO.

Felix said such an NGO, as claimed, has never been registered, producing a document he said proved no such organization exists.

Eulovique’s letter to Felix accused him of assuming the post of a de facto general manager of the Association and micro-managing the Association by using powers not sanctioned by the Board of Directors.

The letter of May 6 noted that Felix had dishonoured his membership, usurped power, defeated the institutional mechanisms and processes of the institution and failed as the president to maintain a properly constituted Board of Directors and therefore he should resign.

Not only has Felix denied all the allegations and accusations hurled at him but said he can show what he has done, in his two years as president, a scorecard that is more extensive than those in the past, with things the Association has done under his watch.

According to him the Association, which over the past 30 years has been focused only on diabetes awareness and selling diabetic strips, needs to be revamped, refocused and look at the bigger picture of health and how to advise its members and the general public.

“Technically this organization should have been shut down about three or four years ago, if not longer than that. The SLDHA does not own a thing after 30 years. You have to target the youth, you have to look at technological innovation, marketing, partnerships, etc.,” Felix said.

On the allegation that Felix appointed Grantley Joseph Charlemagne as general manager, which was not his role to do, secretary Worrell explained that this was not the case. According to her, a team from the Association of which she was a part, interviewed Charlemagne and presented him to the Board of Directors.

“Before we gave him the approval, we met the Board and introduced them to the candidate. The candidate left and we discussed him after he left. Everybody there agreed he was a suitable candidate,” Worrell said.

Charlemagne is looking to the future and wants the Association to move past the controversy it is currently embroiled in.