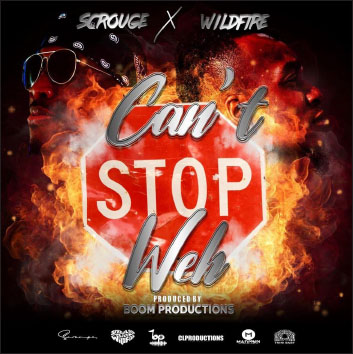 Straight out of the Virgin Islands, Soca sensation Scrouge (known for “Mass Destruction” and “Fettin’ Instinct” to name a few) alongside Wildfire (known for the tracks “Pandemonium”, “High Times” and “Way of Life”) created a Feter’s Anthem entitled “Can’t Stop Weh”!

The track was written by Lashawn “Scrouge” Selwood and Peter “Wildfire” Noel, produced by Alvin James of Boom Productions, mixed by Cherrod Lewis of CL Productions, and mastered by Johann Seaton of Madmen Productions.

Who can deny the unprecedented and commanding vocals of Scrouge combined with the smooth, sleek vocal range of Wildfire? This track depicts vivid imagery upon its listeners and propels them to fete continuously.

“Can’t Stop Weh” is distributed by FoxFuse and is now available for stream and purchase on most digital mediums.

Be sure to show some love by checking out the music video now available on YouTube. Support the artistes!