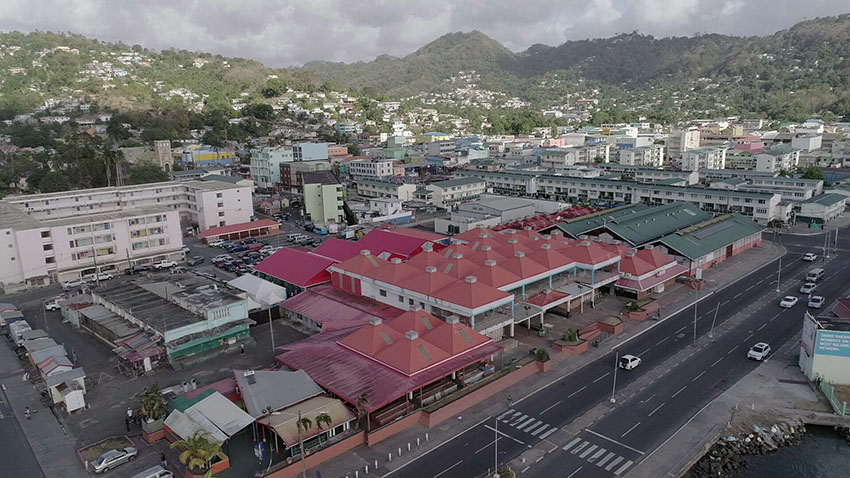 A vision plan for Castries, which is part of an overall plan to separate the island into quadrants, an idea first mooted by the administration of deceased John Compton, appears to be back on track.

And with just days to go before Castries provisions vendors occupying the temporary location that once housed the old fire station move to their original location, which now boasts a spanking new structure, the pieces seem to be falling in place for this much talked about vision plan, especially that of the City of Castries.

The Castries Constituencies Council (CCC), in a press release, breathed new life into the revision plan for Castries by stating that the new provisions market is jumpstarting that plan.

“The new provisions market marks the start of government plans to develop and transform the City of Castries as part of the Castries Vision Plan 2030 and serves as a catalyst for progressive transformation in Castries,” the CCC wrote in a press release this week.

But start dates and scheduled endings of the other projects under the Castries Vision Plan 2030 have yet to be released despite brave talking by the CCC that “other enhancement initiatives scheduled to commence are the sidewalk rehabilitation project, the upgrading of George V Park, Heroes Park, the Derek Walcott Square, the pedestrianization of the William Peter Boulevard and beautification and enhancement to Bananes Bay.”

How will government get the funds needed to complete the aforementioned has not been outlined by Local Government; and with the local economy devastated by COVID-19, to the point where salaries in both the public and private sectors have been slashed, thousands have lost their jobs and the country’s top income generating industry (tourism) producing zero dollars, the idea floated that the Castries Vision Plan 2030 may be close to completion could very well be a myth. (MORE IN THIS WEEKEND’S ISSUE OF THE VOICE NEWSPAPER)