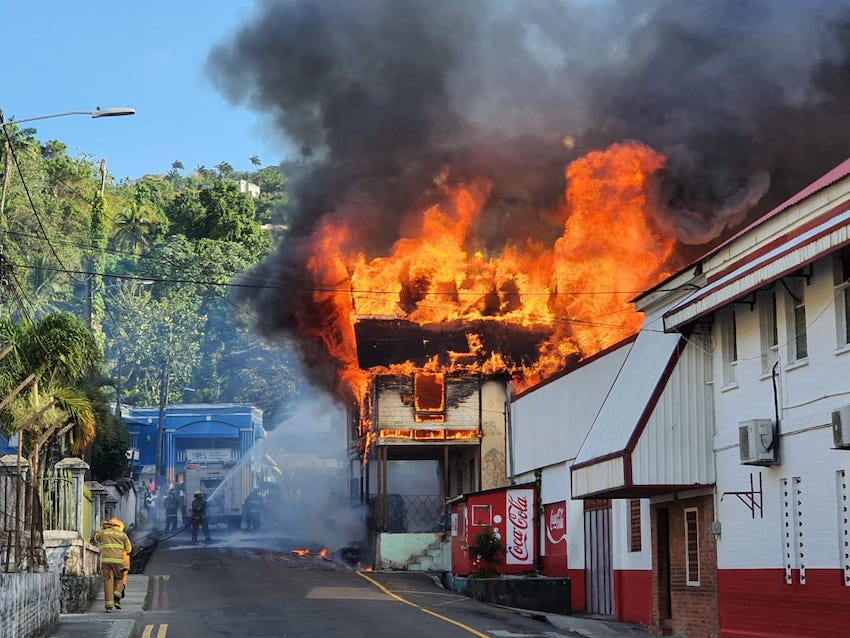 An abandoned building that has been a dwelling space for many of the homeless, was gutted by fire this afternoon.

A video, received by our news desk, shows scores of curious onlookers, hardly practicing social distancing, inquisitively attempting to catch a glimpse of the burning structure as firefighters from the Royal Saint Lucia Fire Service worked feverishly to extinguish the blaze.

In the end, the battle against the fire was won, with no reports of any injuries or fatalities and little damage to buildings and business places nearby; most notably Du Boulay’s Bottling Company and the Police Credit Union.