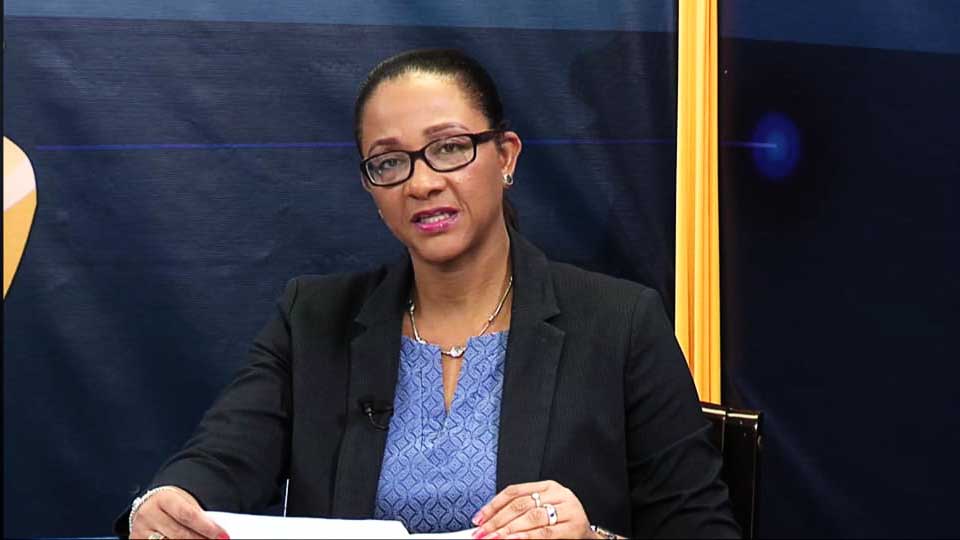 With an 8:00pm – 5:00am curfew in place followed from today, April 1, 2020 by a total shutdown of the country, which will continue until April 7, 2020, the fight to slow down or contain community spread of the novel coronavirus (COVID-19) in Saint Lucia has begun.

How effective these new imposed measures will be is determined by the action of each inhabitant, however a genuine fear exists that the situation will worsen before it gets better.

This fear was revealed by two of the country’s top leaders in this fight namely Prime Minister Allen Chastanet and Chief Medical Officer (CMO) Dr. Sharon Belmar-George during a national address to the nation last night.

Although both tried their best not to be bearers of doom and gloom, the severity of a community spread of the virus could not totally bring them to hide the destructive nature to citizens and country should such a spread go unchecked.

“Apart from indicating that local transmission is established in Saint Lucia, it also indicates that the required prevention measures are not being adhered to as recommended by the Ministry of Health and the World Health Organization,” George added.

She then made it clear that her ministry’s most urgent priority is to slow down and contain community spread of the virus to protect the health and safety of Saint Lucians.

“More drastic measures are now necessary to reduce the impact at this stage,” George said. Drastic measures that came into effect approximately eight hours after her statement.

“As of 5:00am tomorrow (April 1, 2020), every person shall remain confined to their place of residence, inclusive of their personal yards. In essence, we are going to put into effect a 24-hour curfew. A person could only leave their place of residence upon written authorization by NEMO (National Emergency Management Office) inclusive of essential services. People are not permitted to go to the beach, go for a walk or to visit their neighbour,” Prime Minister Chastanet said, speaking immediately after CMO George.

According to the prime minister, people are only allowed to leave their places of residence for medical emergencies and that supplies to the poor and vulnerable will be provided by NEMO. Further, persons who need emergency supplies from NEMO can call 311 for assistance.

“NEMO will take charge of the shutdown and delivery of items to the poor and the vulnerable. The items are the basket of goods as determined by NEMO. Supermarkets will not be open tomorrow and this shall remain in effect until April 7, 5:00am,” Chastanet said.

Also operational during the island-wide shut down are the Anse-La-Raye Respiratory Clinic and the ones in Soufriere and Vieux Fort and the Victoria Respiratory Hospital as well as the Dennery Hospital which is also a respiratory clinic. Both Victoria and the Owen King European Union Hospital will be open 24 hours a day.

The Cabinet of Ministers, Chastanet said, had to make these decisions based on the evidence on hand and recognition of the dilemma Saint Lucia is in.

“In essence we still remain in control of our own destiny. We can still get through this with minimizing the loss of lives. But it is going to require a more stringent approach to social distancing. The difficulty at hand is that we have two choices. We can go through this very difficult and onerous curfew and remain in control of our destiny. The other alternative is to allow the virus to spread quicker, the result of that is that it will put tremendous amount of stress on our health services,” Chastanet said.

The prime minister said government has done everything it could have done to prepare for this eventuality but is reminded everyday how governments of much greater resources than Saint Lucia are struggling to deal with the number of cases they have.

“If we allow this virus to spread uncontrollably then the amount of people that will be requiring hospitalization is going to be well beyond our means and our means are limited. Even sourcing additional ventilators, sourcing more protective equipment for our nurses, doctors and police officers have become restricted,” Chastanet said.

According to him getting to the eventuality outlined above “is a very possibility if we do not address this situation signficantly.”

Chastanet believes that the only way to contain community spread of the virus, something that is now confirmed, is by limiting the number of Saint Lucians who potentially can die from the virus by acting now to the drastic measures outlined.

“I am appealing to all of us to find that inner strength to make it through those seven days and what other actions post the seven days,” Chastanet said, adding that the fight to contain the spread of the virus had just begun and that fight must be fought with strict discipline.

“We have to expect more cases in the future,” was Chastanet’s somber forecast.