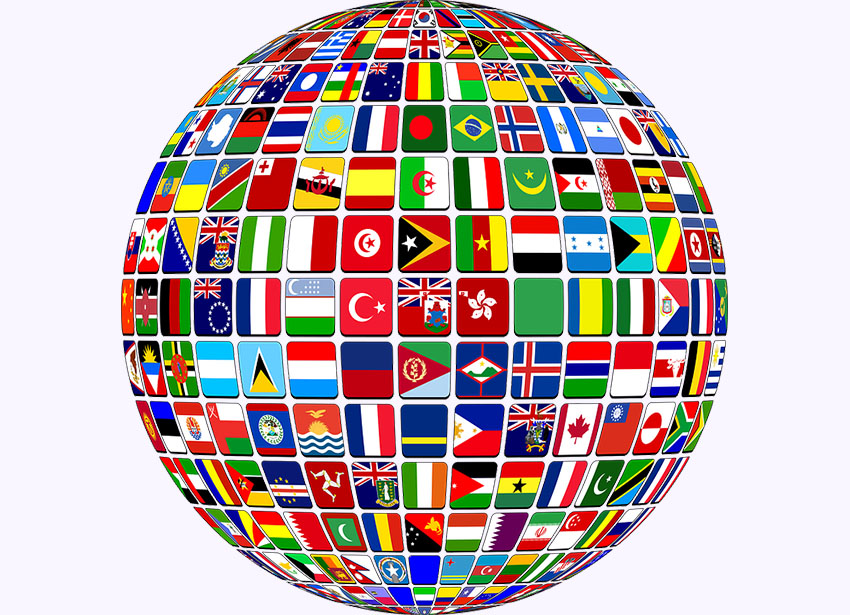 On April 24, 2019, representatives from across the world celebrated the International Day of Multilateralism and Diplomacy for Peace for the first time. The occasion took place in the emblematic hall of the United Nations General Assembly in New York and came as a direct result of a Resolution approved by the 193 UN member states.

At that time, we could not possibly have imagined the scenario that is now being played out across the world and how all our lives have been impacted.  In common with hundreds of thousands of people across the globe, I have also personally experienced the terrible effects of the virus.

The COVID-19 pandemic has forever changed humanity. It has changed the way we communicate, interact, make decisions, and think about the future. Nothing will be the same again. An alarm has awakened in us all. It already has raised huge questions and should be providing global leaders with many lessons, the first being that acting alone, or unilaterally, is ultimately self-defeating.

One of the key lessons is that our own life depends on the behaviour of others and that human beings are integrally interdependent on one another. Each of us is fragile and vulnerable. This is a lesson to our arrogance as a species.

We need to understand that inequalities and poverty are determining factors of vulnerability and access to medical care and public services. Here, the role of the State is irreplaceable to guarantee the most basic rights, such as the right to life.  Further the State has to recognize that strong and effective public health systems are the best social investment any society can have, and act to establish them.

No one should forget, or ignore, that women represent more than 70% of the global health workforce and are essential in the COVID-19 response.

There is another stark truth; women and girls across the world are experiencing higher levels of domestic violence as a result of the pandemic.

Central to our global and individual response is the understanding that despite the efforts of each country and the decisions it makes, the only effective way to combat the COVID-19 pandemic is through coordinated global action, based on solidarity and cooperation.

And that, despite the resurgence of nationalism and xenophobia, this virus does not recognise borders or nationalities. That is why we require a strong, effective multilateral system that is fit to deal with the multiple and devastating effects of the pandemic.

Ultimately, global leadership, collective action and co-responsibility that define multilateralism, are the most effective antidote for COVID-19.

Humanity needs a multilateral system that responds to this public health emergency simultaneously and at two levels.  First, an immediate humanitarian response, especially for the most vulnerable, such as older adults, people with disabilities or refugees. And, second, a strategy, a coordinated action that targets the devastating economic and social consequences of the crisis.

It is time to establish a new social pact, a new common sense, that offers solutions to the massive loss of jobs, the destruction of the livelihoods of informal workers, the multiplication of hunger and the deepening of inequalities.  There are dozens of initiatives, ideas and plans, ranging from debt cancellation to the creation of emergency funds – now is surely the time to bring them together and act on them.

Governments everywhere must take seriously the call of the UN Secretary General, António Guterres, for a global ceasefire, so that nations can direct their resources and efforts to confront the crisis that is the one genuine battle that humanity should now be waging.

The global community must take seriously the recent call of the UN General Assembly for; “a global response based on unity, solidarity and renewed multilateral cooperation”, and the Resolution approved this week, on the initiative of Mexico, advocating the need for all countries, especially the poorest to have access to tests, equipment and medicines, and hopefully soon to treatments and vaccines.

The creation by the United Nations of the Global Humanitarian Response Plan and the establishment of the Recovery Fund for poor and middle-income countries must be recognised and supported. The latter include almost all the countries of Latin America and the Caribbean.

However, for these initiatives to work, hundreds of billions of dollars are required, alongside the committed participation and contribution of the richest nations.  As can clearly be seen now, wealthy nations are not immune from the spread of disease, and in treating with it within their own borders, they must recognise that they remain vulnerable to its effects from the global neighbourhood.  Trying to put out the fire in their own yard will not stop the blowing embers from the conflagration around them to reignite the fire again and again. It is the totality of the fire that has to be extinguished, not only its sparks.

Amid this crisis, governments and civil society have the opportunity to re-found, rethink and transform the nature and scope of global integration. It is time for a new social pact that must be built on the foundation of multilateralism and from its main pillar, which is the United Nations.

In this pandemic and in other global challenges such as climate change, poverty and hunger, inequalities or war, there is no room for the law of the fittest. For everyone is losing, and everyone is counting their grave losses in precious human lives and severe erosion of decades of economic gains.

The word ‘multilateralism’ is perhaps difficult for some governments to celebrate as the greatest contributor to human progress.  But it is essential as it is irreplaceable.

Synonyms can be used to disguise multilateralism.  It can be described, for political convenience, as solidarity, cooperation, coordination, or global governance. None of that diminishes the reality that multilateralism is certainly more necessary now than ever.