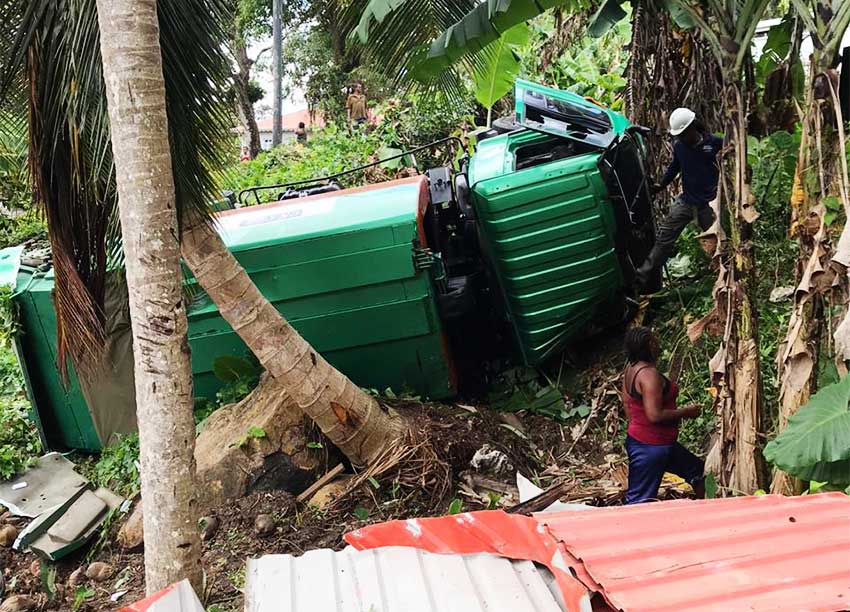 Three men are nursing injuries after a garbage truck rolled down a hill and through a vegetable garden.

The accident occurred on Tuesday, March 31st, in Babonneau.

According to residents on the scene, the truck plowed down the hill before coming to rest on the driver’s side, near a coconut tree.

“The truck missed my family home by a few feet”, one witness shared on social media site, Facebook. “Praying the three workers make it”.

Wildly share images and videos, showed two injured individuals, one laying on the ground and the other in the driver’s seat of the truck.

At the time of recording, both individuals were responsive and medical personnel had been contacted.