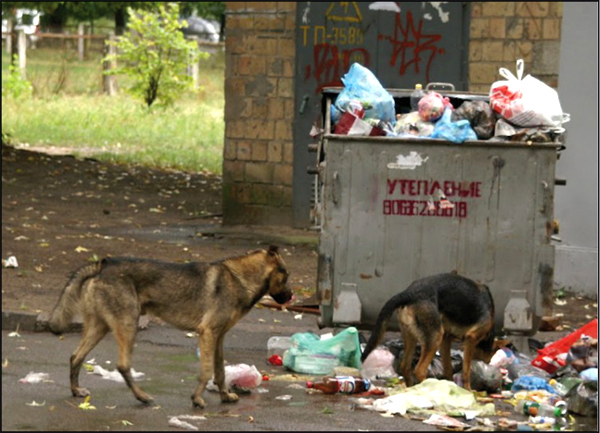 It is not often that I write about other people’s concerns, but some regular readers of my column have asked me to voice their concerns.

Believe it or not, it has to do with the city’s stray dogs and the ‘mess’ they leave everywhere.

One told me, for example, he saw on TV there is a law in France forcing people taking their dogs for a walk to also walk with gloves, a plastic bag and a special stick to pick-up the ‘dog shit” because you cannot just let your dog poop its crap anywhere and anytime for taxpayers to pay other people to clean.

She said she wishes we had a law here like that, but I told her that I recall years ago, we actually had someone whose job it was to catch stray dogs around the city — and he was appropriately nick-named ‘Norman Chien’.

Back then, there were also litter wardens and even if we disparagingly referred to them as ‘Police Zodi’, they were always present and keeping the city clean was then a reality.

There have always been entities like Animal Societies that care for stray animals and there are people here who have long been begging for help to rescue stray dogs. In fact, just the other day there was another such appeal after the people caring for stray dogs were given notice to quit their premises.

Another one told me she knew of an old white lady who used to call herself ‘Firefly’ and she was fighting hard to get the government to give her permission to rescue stray dogs and send them to Canada, but she never got through.

Just not too long ago there was also a story in the news about stray dogs being flown overseas in fancy cages to Europe and America and there were also nice photos on the internet about Saint Lucian stray dogs living millionaire life in America.

But now, I am being told that stray dogs also roam the Vigie Beach in search of turtle eggs and that environmental concern seems to have taken a back seat, especially as it is not a money-making venture.

So now, we police the streets for traffic violations because that brings-in money for the state, robbery has again become rampant in the city and the outskirts, but no policing, no STEP program to cut down the wayside bushes.

Situations are different now, so, as we progress, there are a new set of rules of what should be done or not – and stray dogs are not a priority.

The city still remains a ghost town after working hours, a little lively on Jeremie Street and a few wayside hustlers keep it alive too, but all entertainment and events are being held up North and our city is now only for welcome daytime visitors on cruise ships – and stray dogs, it seems…

We talk about unemployment and lack of opportunity daily, but the only business is that governed by the City Council. It is the Mayor’s Town and he calls the shots. He, like the government that appointed him, decides what can or should be done – and the people have no say or voice to express their frustration, not even their frustration with stray dogs.

Wow! What a way to go! The only time that people seem to count is at election time. That is the time we become important — and as soon as the deal is sealed for the winning party, it’s back to the usual.

Our system of government has become a dictatorship – the government’s way or no way, views other than theirs are thrown out the window and no problem that concerns the people is of importance.

If so be the case, there will always be cause to rebel and there will always be law-breakers and people taking the law into their own hands because justice is never seen to be served and the problems that need to be mended remain the same and all we get in exchange is talking.

So, we become a ‘talk about it’ society. But remember: talk is cheap and doesn’t always change the price of coffee.

If we are to grow, we need to bring on board new ideas and suggestions from outside the government and also have thinkers.

Some who complain to me say they would like to contribute to ideas for solutions, but they are made to feel that ‘We are shut-out of the consultation process, especially if you are not seen or heard as a party supporter.’

This is the crux of the matter and the source of all the conflict. But until we see things outside of just the realm of politics, the usual will continue – and that won’t change the price of our coffee at all!