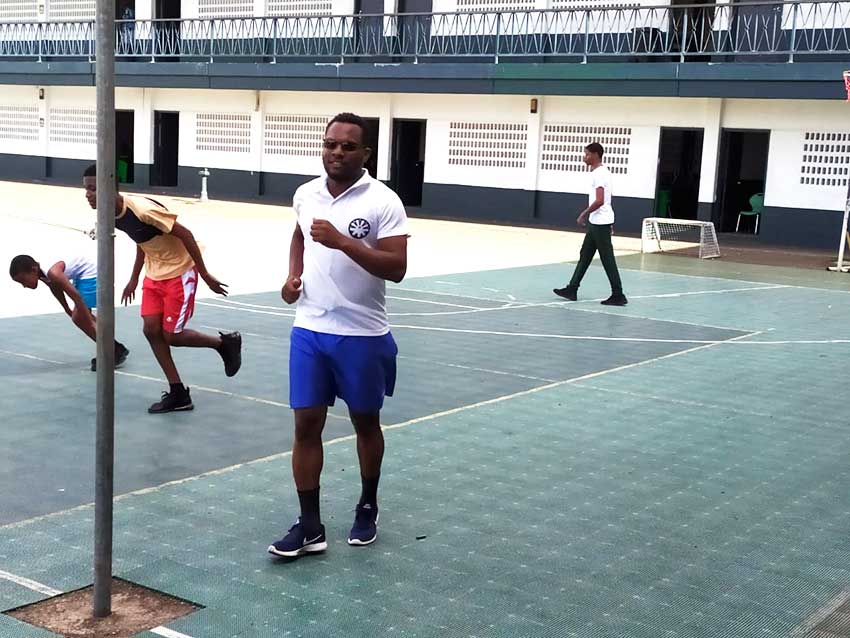 He links the lack of physical activity to the frequency of non-communicable diseases in the country. “Saint Lucia is one of the islands with the highest non-communicable diseases per capita,” he remarked. He also noted that the structure of PE in primary schools does not allow physical development which is favourable as many students who enter secondary school do so with certain injuries and physical deformities which developed during their primary school years.

In an interview with Voice Newspaper Editor Kayra Williams, Wilson stressed on the significance of Physical Education. He stated, “PE is important not just for students but human beings on the whole because physical education or physical literacy helps human beings acquire a healthy, active and more sustainable lifestyle.”

He noted that Physical Education covered many aspects of life and was a subject that contributed to the holistic development of youth and said the social aspect of PE could enable children to interact favourably with their peers, family members and members of their communities. In regards to the mental benefits of PE, he said, “PE can ensure that they [children] are able to cope with high levels of stress and that they are able to think and give logical solutions to various situations that they would encounter in life; as well as excite their brains and activate their various cognitive systems.”

Wilson said that anyone who works with students has the opportunity of developing a child holistically, physically, socially and mentally. He noted that PE was one area which offered all of these benefits.

“Apart from the theoretical and practical aspects of Physical Education at Leon Hess, there is a third component in which students plan, organise and implement a sporting activity or competition as part of their CXC School-based Assessment (SBA),” stated Wilson.

He went on to say that PE was not only beneficial to the physical, mental and social wellbeing of students, but could also be a career choice for those who do well. Students who excel in PE can go on to become Physiotherapists, Coaches, Fitness Trainers, Physical Education and Sports Teachers, Sports Administrators, Sports Directors, and the list goes on.

Selva also took the opportunity to reference the importance of physical activity to members of the general public. He said, “Saint Lucia has become a nation where most of our people, instead of practicing physical activity, are finding other ways to spend their leisure time. Instead of trying to engage in some form of physical recreation to help contribute to health and fitness we find ourselves doing more things that are laid back where we don’t get to burn as many calories as possible and at the end we suffer from the non-communicable diseases such as diabetes, high-blood pressure and heart diseases.”

He went on, “If we direct our attention towards spending our leisure time constructively or doing something physical where we can actually burn some energy then we would see a decrease in the number of non-communicable diseases we have.”

In closing Wilson recalled a quote which he attributed to Fidel Castro, “Wherever you open a sports centre you close a hospital.” Quoting George Bernard Shaw, he added, “We do not stop playing because we get old, we get old because we stopped playing.”