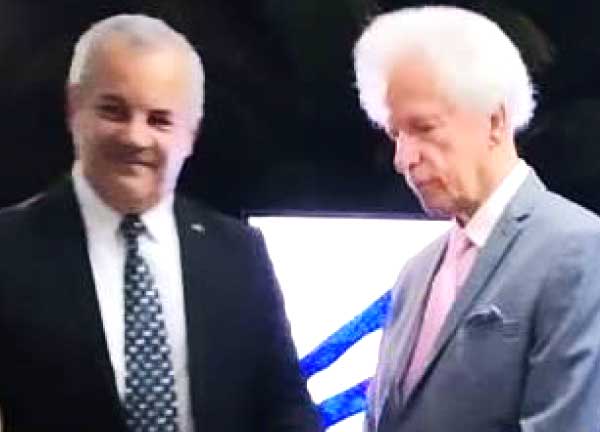 SAINT Lucia reaffirms its friendship with Cuba on the occasion of that country’s National Day. January 28.

The 61st anniversary of the Revolution was celebrated at the Residence of the Ambassador, with a reception attended by more than one hundred people. Among them was Governor General His Excellency Sir Emmanuel Neville Cenac, who in his speech pointed out that Cuba was a true friend, whose faithfulness had been demonstrated throughout its life by Fidel Castro and by the current Cuban political leadership.

The high-level representative of the state of Saint Lucia said that on the occasion of the 61st anniversary of Cuba’s full independence, “he was invoking all the force in side of himself to call Cuba a friend”, on behalf of the people of Saint Lucia. He also expressed his gratitude for Cuba’s support in the training of professionals and for its assistance in the field of health.

“Therefore,” he said, “we are ready to extend a hand to Cuba in its hour of need, and on behalf of the Government and people of Saint Lucia, we wished the Cuban president and his outstanding people health and prosperity”.

Ambassador Alejandro Simancas reaffirmed his willingness to continue strengthening bilateral relations and assured that Saint Lucia would always find in Cuba a fraternal country with the extended hand of solidarity and friendship. He also thanked Saint Lucia for its support in the demand to put an end to the US Blockade and recalled that this past August 23rd, both countries celebrated the 40th anniversary of the establishment of diplomatic relations, because of which he took the opportunity to give the Governor-General a symbolic copy of historical documents issued in 1979 by the Cuban Government , which reflected Cuba’s decision to establish diplomatic relations with the newly independent island of the Eastern Caribbean.

Also present were the Speaker of the House of Assembly, Andy Daniel; the Leader of the Opposition Phillip J. Pierre; the Minister responsible for External Affairs, Honorable Sarah Flood-Beabrun; the Minister of Culture, Senator The Honorable Fortuna Belrose and the Minister of Social Equity, Honorable Lennard Montoute. In addition, members of various Government institutions and organizations, including the Humanistic Solidarity Association (Saint Lucia – Cuba), the Guild of Cuban Graduates and the Patriotic Association of Cubans in Saint Lucia were in attendance. During the activity, the coordinator of the Cuban medical brigade José Luis López and the member of the brigade, the biomedical engineer Pavel Yoli Sánchez, were recognized for their exemplary accomplishment of their mission in Saint Lucia.