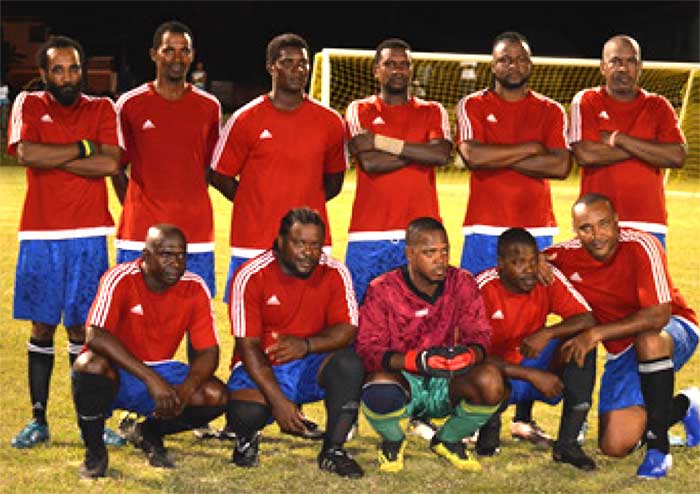 THE La Ressource playing field in Mabouya Valley will come alive this weekend when Veterans in Sports Inc. (VISI) football action resumes with the Plate Championship quarterfinal round. Two exciting double headers are on the cards following a much needed break for the festive season and remedial work on the playing surface at the Phillip Marcellin Grounds in Vieux Fort.

The VOICE spoke to the various team officials about their team’s preparations and expectations for the two day showdown with the exception of Canaries that failed to reply after two days of trying to get a response. This is what seven out of the eight teams had to say:
Labowi Connexions versus Canaries Veterans

Chairman/Spokesperson for LabowiConnextions, Andre Joyeux said, “The team has been in training three days a week; Tuesdays, Thursdays and Sundays but it’s been a bit difficult for a few players, especially for the mid-week sessions, due to work schedules. On Sundays we have the bulk of players turning up in their numbers; we also have a few injuries which is not scary as most of our key players are all set and ready for action”.

In terms of expectations: “We have a few surprises for Canaries; they have a pretty good team, nippy to be exact as most of their players are within the 40 age group; our players are 50 years and over. In the past we have had issues with putting the right players in position. We have also taken time to strategize for Canaries heading into this evening’s quarterfinal game”.

On the pitch: “I expect the game to be an exciting one as we look to give Canaries a run for their money”.