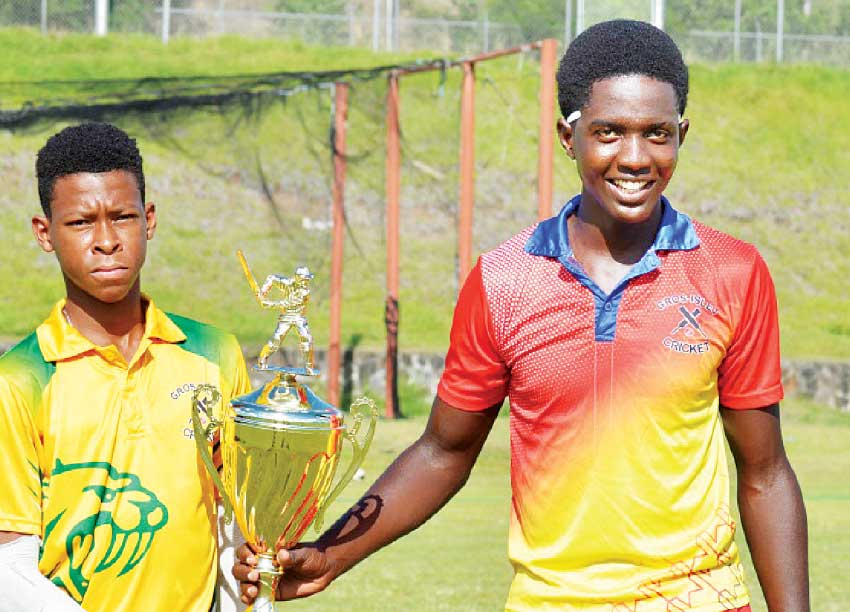 The Saint Lucia National Cricket Association has named its nominees for its annual sports awards scheduled for Saturday 8th February 2020 at a venue and time to be announced. The announcement was made on Tuesday afternoon during a press briefing held in the conference room of the Ministry of Youth Development and Sports.

Nominees for Female Cricketer of the Year (senior) are Qiana Joseph, Nerissa Crafton and Swaylene Williams.

In the junior male category, leading the charge is reigning Junior Sportsman for the Year Kimani Melius; Kimani is currently leading the West Indies Under 19 team in South Africa in the ICC World Cup. The hard-hitting opening batsman scored four centuries during 2019; he went onto captain Saint Lucia’s Under 19 team, the Windward Islands Under 19s, and the West Indies U-19s in the Tri Series against England and Sri Lanka, among other notable achievements.

The other nominees are Simeon Gerson; leftarm orthodox spinner who had career best figures of 9 wickets for 9 runs in 6.4 overs against Babonneau in the Saint Lucia National Cricket Association sponsored Sandals Under 19 Cricket Tournament; he also took the most wickets (15), and top order left hand batsman and right arm seamer Lee Solomon who set a record when he scored three centuries in the Sandals Under 19 Tournament last year. Solomon had scores of 126, 157 and 157; he further went on to cop the award for most runs in the 2019 tournament at the closing ceremony which was held at Sandals Halycon.

Nominees for Female Cricketer of the Year (junior) are Zadia James, Qiana Joseph and Alleyah Alfred. Zadia created history last year by becoming the first female to gain selection at the Windward Islands senior level at such a tender age. She is multi-talented, a left arm seam bowler and left handed middle order batsman.

According to SLNCA’s 1st Vice President, Shaun Alcindor, the Association is currently working on a guest speaker for the evening. Newly elected SLNCA President, Carol Henry is expected to address the event. Additionally, there will be a number of long serving awards that will be presented to individuals who have contributed significantly to cricket in the past; trophies and medals will also be presented to the various champion teams for 2019.

During the question and answer segment, SLNCA President Carol Henry touched on one of the SLNCA’s aspirations as it pertains to cricket in Saint Lucia for 2020.

Henry said, “Playing more cricket is required for skills development as well as the upgrading of playing facilities like the Mindoo Phillip Park”.

There were many other things that need to be considered Henry said, questioning whether local authorities were doing enough for players to perform better.

Henry added, “The Mindoo Phillip Park (MPP), what one would consider the mecca of cricket in Castries has suffered quite a lot in the past in terms of being made ready/suitable for a high level game of cricket to be played on, and from my personal experience this is not a venue based on the conditions under which I played that you would have your cricketers to play on at present, because it does not meet the criteria, the height of the grass and the condition of the wicket lend to driving improvement in terms of the players and how they perform.”