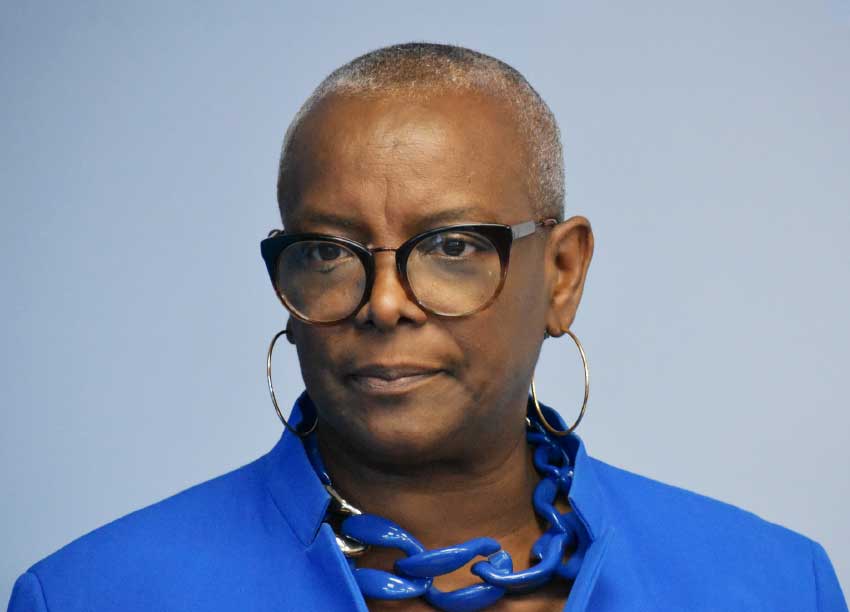 THE Saint Lucia Olympic Committee (SLOC) Inc. Headquartered in La Clery, a stone’s throw from Massy Supermarket will for the second consecutive year under the watchful eye of President Fortuna Belrose engage all Member Federations (MFs) in a Flashback (2019) and Going Forward (2020) discussion and socializing event.

The VOICE spoke to the SLOC Inc. President ahead of the three-hour session, who noted that the event was intended for the membership to meet and engage with each other to share ideas on their programming and plans for 2020.

“We have some new initiatives coming through for 2020 with respect to uniforms for national teams; we are also working with the Ministry of Youth Development and Sports and the Saint Lucia Tourism Authority (SLTA) on that initiative. We want to be able to talk through some of those issues with our members in an informal setting. It is also an opportunity for us to speak, learn, and share new telephone numbers because some of the MFs executive have changed, so it’s for the membership to get to know each other.”

In terms of reflecting on 2019, Belrose said, “The most significant event for the SLOC was the Pan American Games in Lima, Peru; that’s what we’re about, an institution that is responsible for Saint Lucia’s participation in major sporting games. At the Pan Am Games Saint Lucia was able to realise a gold medal (Levern Spencer), and for the first time a bronze medal for Albert Reynolds. From that stand point, it was a good year for us.”

Belrose noted that athletes had been working and training towards the Tokyo, Japan Olympics which is 175 days away. No one had qualified yet for the Olympic Games for Saint Lucia, but the SLOC remained hopeful that the athletes would continue to work to ensure Saint Lucia was represented in a meaningful way at the Games.

Relating her thoughts and expectations for the year 2020, Belrose said, “The outlook is good; what the SLOC has been doing in the last year is training and preparing a new cadre of leaders for our sport; we were able to successfully train 53 coaches towards the last quarter of 2019; we will continue with that training, it’s all about improving the quality of the coaches and the personnel around sports because it’s only when you improve the quality of people around you and around the sport you will get quality product.”

Belrose said the Athletes Commission which was recently established was currently strengthening its relations with athletes and doing leg work to secure a major consultation and workshop in Saint Lucia with one of the leading regional athletes.

“Hopefully we will have some kind of engagements for the athletes with athlete representatives in the region later this year; that is something the SLOC will be looking forward to.”

Speaking on the work of Project Development Officer, Andy Behl to date, Belrose noted, “He has been phenomenal. He has worked throughout 2019 to assist the SLOC in fine tuning our strategic plan. We can identify the pillars we want to work on. There is a lot going on with the Olympic family. Andy is really putting everything together/ consolidating”.

Finally, touching on the next AGM of the SLOC, Belrose noted, “Every year at our AGM we report on the activities of the SLOC. We take the opportunity to show off our audited statements of accounts because we believe we must account to our membership and that’s something we enjoy doing by providing the information to them, so they know what’s happening within their organization. We also run through reports on activities that have taken place during the last year.”

The next AGM will be held after the Tokyo Olympic Games.