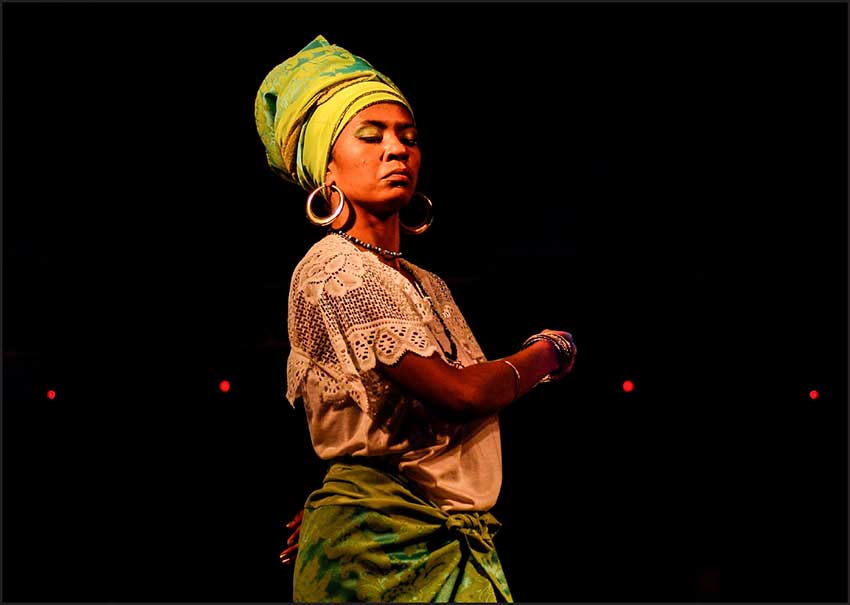 THE Sir Arthur Lewis community College (SALCC) is leading the way in celebration of Saint Lucia’s Nobel Laureates with seven activities planned for its students, staff and the general public. The Nobel Laureate Festival runs from 10th January to 6th February 2020.

On Wednesday, 22nd January, the College will host two activities: an Academic Discourse among faculty members and community professionals and a student-led theatrical production.

The Academic Discourse will take the form of a panel discussion focused on the progressive vision of the arts for 2020. Entitled ‘Artistic Revolution’, the discussion among panelists will be expected to explore the evolutionary and revolutionary nature of Saint Lucian art forms and its interplay with sustainability. The panelists include the following faculty from the College: Crescentiana Charles – Lecturer of Architecture, Kennedy “Boots” Samuel – Lecturer of Communication Studies and Theatre Arts, Ted Sandiford – Lecturer in Digital Media, as well as Jallim Eudovic – renowned Sculptor and Drenia Frederick – Director of Events and Production at the Cultural Development Foundation. The discussion takes place at 12:30 p.m. in the CEHI Building on the Morne Campus.

The College’s Drama students will tackle the issues of respect for Earth and Life, Feminism and Gender Equality in this year’s student-led theatrical production. Over the past two years, the Sir Arthur Lewis Community College has executed its own student-led original theatre productions in celebration of the Nobel Laureates. This year’s production promises to be a dramatic creation with its unique Roman mythological elements. The play “God of Earth” will debut on Wednesday, 22nd January at 7:30 p.m. at the National Cultural Centre.

“God of Earth” is a creative reinterpretation employing both local familiar elements of Saint Lucia’s culture whilst introducing lesser known elements to the public such as aspects of Roman mythology. The play is set in the harsh abyss of space, with characterization depending on the Roman Gods whom the planets are named after, each specifically tailored with a Lucian authenticity and appeal. The cast of 24 is led by two executive members of the Drama Club, Yhasha Satney (President) and Daniel Defreitas (Vice President), writing and directing the play. Other students also take the lead in costume design, make-up and stage management.

On Thursday, 23rd January, the SALCC will host the annual Sir Arthur Lewis Memorial Lecture presented by Timothy Antoine, Governor of the Eastern Caribbean Central Bank (ECCB). The title of the presentation is ‘Socio Economic Transformation by Invitation and Innovation’. The lecture will take place at 7:30 p.m. at the Finance Administrative Centre.

A ceremony to honour the Laureates and to pay respect at their gravesites will be held at the Morne Campus on Friday, 24th January at 10:00 a.m. The guest speaker for the 2020 Wreath Laying Ceremony is Gemma Weekes, published author, poet and multi-disciplinary artist.

The College’s culminating activity is a new road race challenge added to the sporting calendar in Saint Lucia. The Race to the Morne, is the first ever. The race slated for Saturday, 1st February 2020 begins at the Derek Walcott Square at 6:00 a.m., and goes via the La Toc route to the SALCC Morne campus.

The race is the brainchild of new Principal of the College, Dr Keith Nurse who believes in the importance of physical activity and encouraging healthier lifestyles. Registration for the walk is only $25.00 and participants can register at Constitution Park or at the Bay Walk Mall on Saturday, 25th January from 9:00 a.m. The walk will end with demonstrations from leading fitness groups, information from the Ministry of Health and the distribution of exciting prizes. Staff and students of the College are expected to lead the race as well as athletes from the various Clubs on island. The general public is invited to take up the challenge.

The Sir Arthur Lewis Community College is a member of the National Nobel Laureate Festival Committee which is chaired by Her Excellency Dame PearletteLouisy. The College’s activities have been a staple on the National calendar for many years.