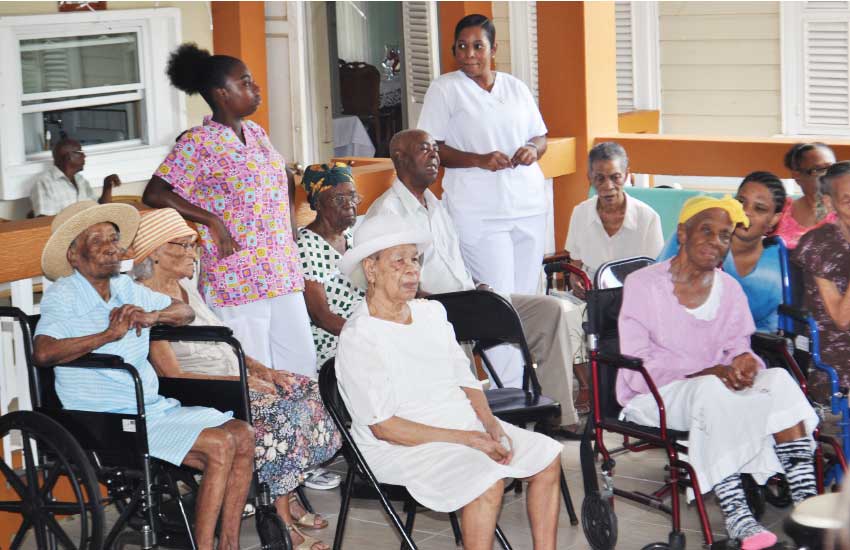 “Those who respect the elderly pave their own road toward success.” – African Proverb

THE Adelaide’s Homes will celebrate their 35th Anniversary on January 25, 2020, with a thanksgiving mass and banquet. More than 300 friends of the Home will join the celebration, which will also honour the journey of founder and Managing Director, Augustus Edwin Justin.

The event is significant as it celebrates the perseverance of the only private facility that delivers holistic care to the vulnerable and elderly and meals to other homeless people. The Adelaide, Frances and Johnson’s Homes are also notable for their model of including social interaction, recreation and spiritual care for elderly residents.

The Homes have gone from being the dream of one man to being held in public trust, managed by the Board of Directors of the Augustus Edwin Justin Foundation. Its namesake Mr Justin says part of his vision is that the homes remain public, free of private sector, church, service club or government control.

“This is my life’s work going back to the community. It is a promise I made to God, who has helped me achieve this vision, and I’m keeping it,” Justin notes.

Recognising the many altruistic individuals and organisations that have supported the vision over the past thirty-five years and his own continual investment of 40% of his earnings into the Homes, Justin says he has committed to ensuring the Homes also remain debt-free.

The Adelaide &Frances Home is located on Waterworks Road. The latest addition to the family, the Johnson’s Home, which officially opened in 2010 has the potential for expansion to provide better quality care to many more. The home with its acres of grounds is intended to eventually become a senior citizens village.

The guest list of the anniversary gala will not solely consist of the “who’s who” of society but of those from all walks of life, who have supported the homes over the past 35 years. This includes friends from Martinique and Dominica.

“I feel accomplished knowing that I have lived to complete the journey I set out to attain on this planet. Not many can say that. I made a request to God and he has fulfilled it.”

The event will feature remarks from former Prime Minister Dr Kenny D. Anthony and Minister for Infrastructure, Ports, Energy and Labour Stephenson King, with a special speech by Roger Sutherland, opening remarks by Gusphyl Justin and a performance by Dominica’s Orphelia Marie.