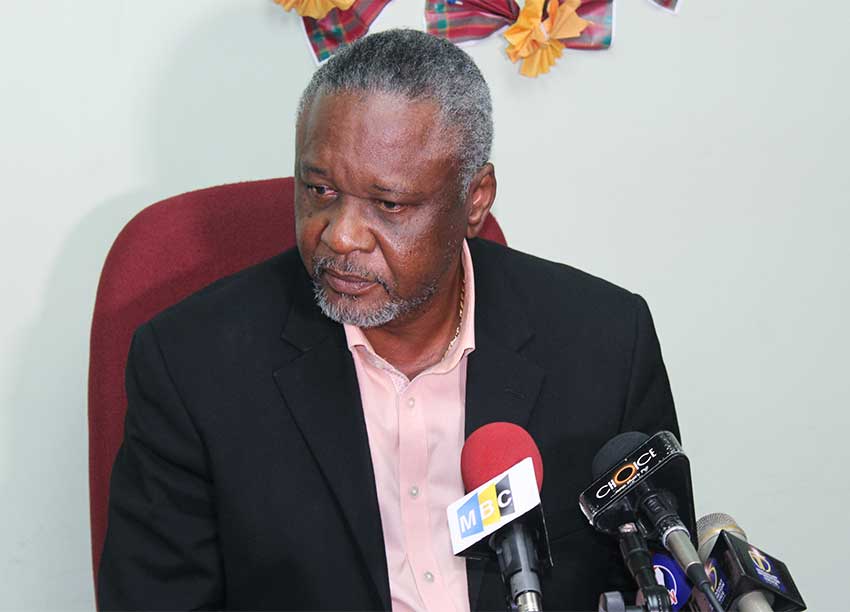 AN unverified number of police officers from the Royal Saint Lucia Police Force (RSLPF) flew across to Dominica on Tuesday ahead of the country’s snap general elections which is to be held tomorrow, December 6th.

The police officers will assist Dominica in the political unrest which has ensued in the country as a result of the upcoming elections. The officers will be deployed to Dominica under the Regional Security System (RSS) Agreement, of which Saint Lucia and Dominica are part of. Member countries of the RSS are mandated to assist other RSS members in regards to national security whenever the need for such assistance arises.

Hermangild Francis, Minister for National Security, said that he is uncertain of the total number of Saint Lucian police officers who will be deployed to Dominica, but has indicated that approximately eight officers flew there on Tuesday. Meanwhile, protesters in Dominica on that same Tuesday, in an effort to cancel elections, set fire to roadblocks leading to the main airports, according to the Washington Post. Passengers were reported to drag luggage through the streets to make it in time for their flights. A flight to Dominica from Puerto Rico was cancelled that day due to the situation. It is not known whether the Saint Lucian officers were affected by these circumstances upon their arrival in Dominica.

Lennox Linton, Opposition Leader of Dominica’s United Workers’ Party, back in November had called upon member countries of the RSS to stay away from Dominica and to allow the locals to deal with their own affair. According to a Dominican news source dated November 21st, Lennox stated, “We are also asking the governments of CARICOM to refrain from sending members of the Regional Security System (RSS) to Dominica to help the local police to brutalize citizens of the Commonwealth of Dominica simply expressing their democratic right to protest for their rights.”

It is unknown whether other RSS countries sent assistance to Dominica on Tuesday, December 3rd, and whether the roadblocks which were set up along the road leading to and from the airport was a form of retaliation by protesters. The Opposition-allied Concerned Citizens Movement (CCM) in Dominica is determined that the election should be stopped and filed an injunction to delay tomorrow’s election, but High Court Judge Bernie Stephenson ruled on Tuesday that she did not have the jurisdiction to block the election. Cara Shillingford, Attorney for the CCM has since announced that an appeal to this ruling will be made at the Saint Lucian-based Eastern Caribbean Supreme Court.