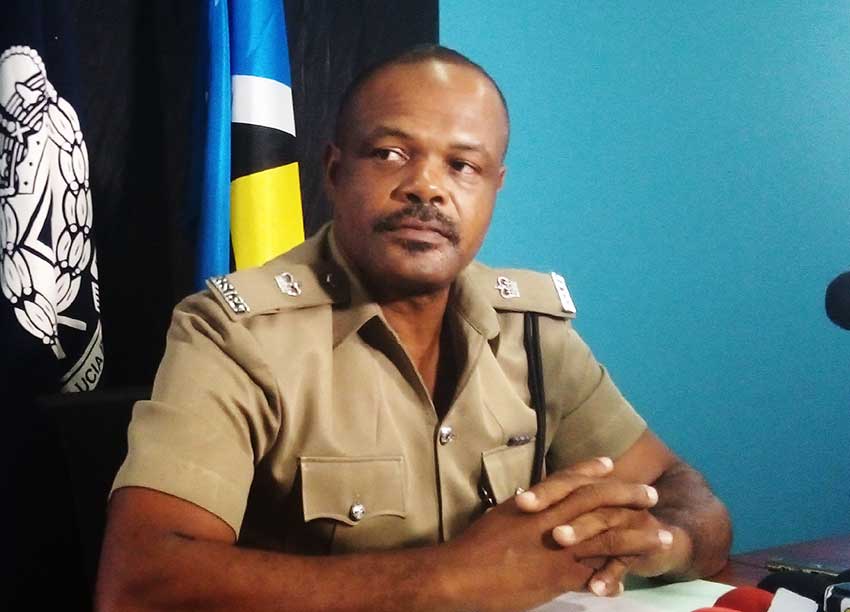 POLICE are looking to wrap up investigations into the hanging of an inmate at the Laborie police station at the end of this week amid talks among relatives of the deceased that there is something “fishy’ about the incident.

Shem Sinaise, a 34-year-old resident of Blackbay, Vieux Fort was found hanging from a washroom window during the course of his arrest at the Laborie Police Station last Saturday afternoon, shortly after he asked to use the washroom.

According to police yesterday at a news conference, a few minutes afterward Sinaise asked to use the station’s washroom, a police officer went in to check on him and found him hanging from the window.

George Nicholas, Superintendent of Police with Responsibility for Territorial policing, indicated that the act was performed with material from the clothing of Sinaise. Nicholas further stated that “The information was that it appeared to be a string or piece of cord from his clothing.”

Sinaise was arrested two days prior to this incident by Vieux Fort Police. His arrest was in relation to stealing and causing harm. On the Saturday that he was found hanging two charges were preferred against him by Vieux Fort Police. The offenses were stealing and causing harm. The Major Crime Department is responsible for investigating the death of Sinaise. In relation to this matter, Nicholas further stated, “The lead investigator has assured me that by the end of this week he should complete the investigation and once that has happened, I can give further updates and I can go into more detail on that matter.”

It was reported that certain family members of the late Shem Sinaise have expressed disapproval and disappointment in being informed of his death after his body was taken away.

In response to that matter, Nicholas remarked, “I am not sure as to the time that the family members were called… but obviously in a matter like that, where the police needs to preserve the crime scene, we wouldn’t want persons to come and contaminate the crime scene. We would want as much as possible to have an impartial investigation; and the less interference you have with the crime scene, the better you can gather whatever evidence you can gather to get to the bottom of the matter.”

The Superintendent of Police further stated, “In a matter like that there will always be, because a lot of emotions come into it, suspicion, but I think we should not jump to conclusions, we should allow due process.”

The post mortem examination for the late Shem Sinaise was scheduled for 2:30 pm yesterday afternoon. The results were not available when we went to press.