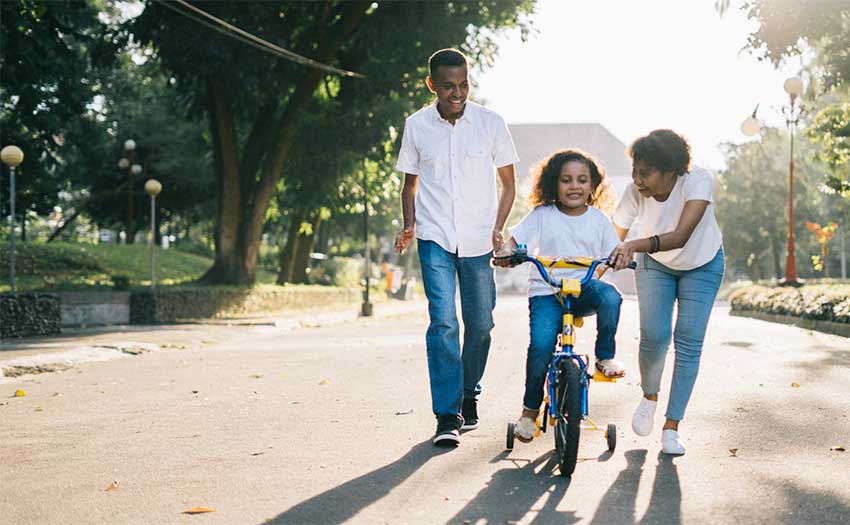 Irresponsible or poor parenting can prove to be a very costly and stressful ordeal for parents, children and society in general. Many mistakes made by young people who were not prepared for parenthood can carry a very high price and sometimes the pain and suffering can last for a long time.

The following should be considered if two young people are planning to become parents. It is very important to first get married. Marriage is the cornerstone of family life. A young couple should be mentally and physically prepared.

A positive attitude is fundamental during the parenatal period, especially for the mother, although the father can play a decisive role in his wife’s state of mind through his behavior and attitude.

A young couple should wait until they are in a sound economic and material situation. Having a child or children demands a minimum of quality, in terms of lifestyle, with enough stable income to take on regular costs incurred by a newborn child and during the years thereafter.

In addition a young couple should be in a sound, stable, emotional situation or position. Newlyweds need time for their relationship to mature and to adapt to married life. In this way both would be better prepared to take on the responsibility of parenthood.

The important matter of civil status should be understood. All aspects of the couple’s legal and social expectations of the community or country where they live should be clear. It is very important to consider the social and legal implications of having children outside of a formalized relationship; meaning outside of marriage. For however much a society may tolerate or admit special situation, parents must think of the problems that the aforesaid situation can create. Therefore parents should behave and act responsibly.

Young parents must be prepared to make sacrifices. Being parents bring great satisfaction. However, being good parents implies personal endeavors and sacrifices. It requires time, money, physical and emotional energy and changes to personal schedules and habits.

All human beings have dignity, therefore, all parents should respect their children at all times. Children should not be viewed by parents as property. They should never be physically, psychologically or sexually exploited and as they grow older they should be allowed to voice their opinions.

Above all, parents should pass values and ideals on to their children in order to guide them for the rest of their lives.

All parents have the moral obligation to prepare their children to be useful men and women, bearing principles and values which are not only advantageous to them but to society as a whole.

If we as a people and nation fail to consider the aforementioned to effectively secure positive family life, then the plague of juvenile delinquency will be upon us as it is already. Juvenile delinquency is a diverse and complicated complex phenomenon, associated to the youth and the development of urban and industrial society, including the evolution

of morality in the modern world. Worldwide, juvenile delinquency has been at the heart of public discussion and debate since the late 1990s because of its growth in a context marked by the increase in crime in general and fear of crime.

Generally speaking, crime has long been interpreted as a hereditary phenomenon, linked to intellectual disabilities or mental disorders. However, there are many other influential factors affecting the youth on the matter of crime, but juvenile delinquency is the result of a combination of factors whose impact is relatively important, depending on the individual.

All the identified factors can be classified into three major groups: factors related to adolescent, psychology itself and fragility that characterizes this stage of human development, family factors, social factors including school life, politics and economic.

Let us always remember that unlike adults, who tolerate regulations and laws voluntarily to adapt to society, the youth offender rejects most times the values of the society of which they are a part of. The youth can view some rules as unfair, impersonal and restrictive and might consider these social rules as obstacles to their satisfaction and development.

If not corrected, this negative attitude will basically result in the exaggeration of a natural tendency to all adolescents. In addition, such can also be accentuated by lack of education due to the weakening of family life.

Effective parenting help a child grow positively therefore pay attention to the following: A child’s self-esteem is a vital facet in helping our children  become an emotionally healthy adult. A child’s self-esteem will determine how much that child values themself and will be the foundation in all decision making. For example, a child with a positive self-esteem will believe they can achieve more than a child with low self-esteem. We need to raise children who are thinkers, with intellect. We are obligated to explain the ‘why’, to help them make and process decisions and develop their own reasoning.

With any relationship, especially with our children, for it to develop and grow we need to give it the due care and attention. The important thing is to find a healthy balance and remember that it is an investment that will pay off later in life. Children need routine and discipline to help them understand the world around them. There needs to be a consistent effort on our behalf so that they develop the right habits earlier on in life. Once we discipline our children for wrong done, we need to show them love and affection as if it had never happened. We are the primary role model for our

children. Everything they see us do in the home they mentally record and learn from them. Just like in a household each person has varying levels of responsibilities; likewise a child is still learning and growing and wouldn’t be held as responsible for their actions as a fully grown adult would. Give the children love. We can never give a child ‘too much love’. The idea is to show our children love by our commitment to that child. It is also important to work with the gifts you have. The idea is to use your strengths more and work around your weaknesses to help your child become a priority.

Holy scripture should always be considered as a principal guide on this matter of effective parenting. The following scripture verses should be considered for daily meditation; Psalm 127:3.Children are a gift from the Lord; they are a reward from Him. Proverbs 22:6.Train up a child in the way he should go, Even when he is old he will not depart from it. Ephesians 6:4.Fathers, do not exasperate your children; instead, bring them up in the training and instruction of the Lord. Proverbs 20:7.The righteous man walks in his integrity; his children are blessed after him. Proverbs 13:24.

Proverbs 14:26.In the fear of the Lord one has strong confidence and his children have a refuge.