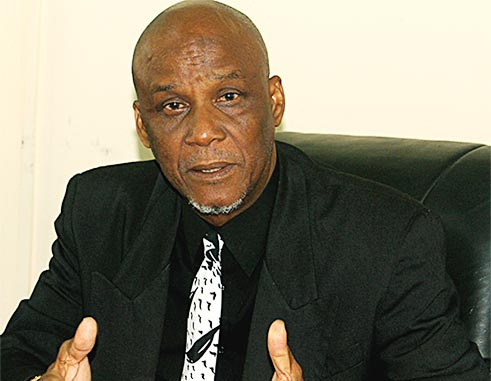 CASTRIES Mayor Peterson Francis has urged citizens to recommit themselves to the triumph of light over darkness and good over evil while examining their consciences, in an address to the recent festival of lights ceremony.

“We remember that there is still evil in the world,” Mayor Francis declared.

He recalled the case of Saint Lucian national Botham Jean. The unarmed 26-year-old was shot dead in his own apartment by an off duty Dallas police officer, Amber Guyger.

Guyger claimed she believed the young Saint Lucian’s apartment was hers and he was a burglar.

She was fired from the Dallas police department, indicted for murder and this year sentenced to ten years in jail.

“I am thinking of how in the face of such evil, we also witnessed the power of goodness and forgiveness,” Mayor Francis said.

It was most likely a reference to a gesture that shocked the world when Botham Jean’s younger brother Brandt Jean, announced that he had forgiven the woman who killed his sibling and hugged her in open court.

“I have always said that the celebration of the festival of lights guides our character, personality and dreams. Yet, we have chosen mistreatment over appreciation; greed over generosity; hatred over love and revenge over forgiveness,” Mayor Francis lamented.

He advised citizens to examine their consciences.

“Ladies and gentlemen, our ways and motives require quiet reflection. We all need to examine our conscience for something is not right with the way we live, think, act and treat each other,” the Castries Mayor declared.

“Our positions should be used to influence good, to be extraordinary role models,” he said.

“There’s need for that mounting desire to assist others – for the hand that is extended in support; that knocks on the door of a sick neighbor; that invites the weak and lonely into the home; that hand carries a huge force; far stronger and greater than hatred, violence and distrust,” the Mayor told his audience.

“I know that there are many of you here who devote your effort, time and energy to carrying the burdens of others – serving to the best of your ability. In the coming year, it should be no different as your efforts should be doubled. I say this because we have forgotten completely how to be our brother’s keeper,” according to the Mayor.