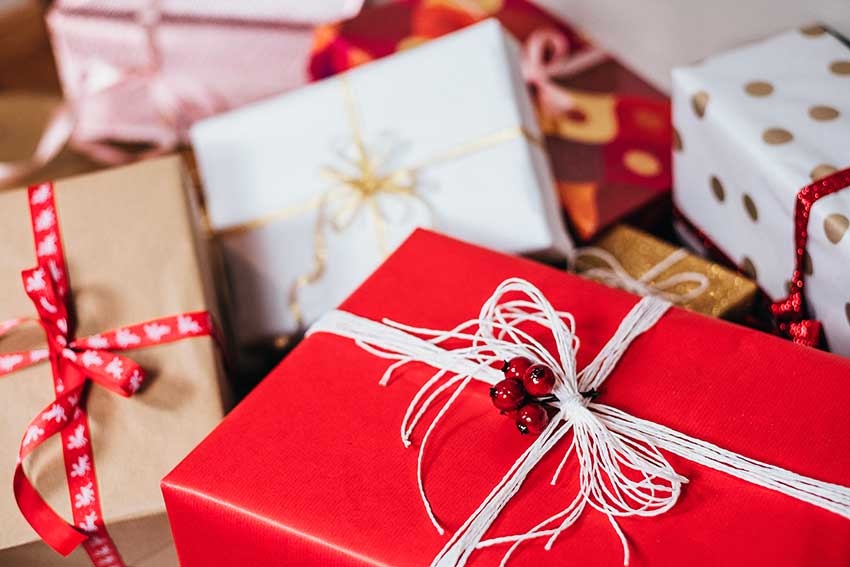 How Santa can deliver gifts to 2 billion children in 500 million households worldwide in just one day!

If the late George Odlum was alive today, he would have been writing this letter from Saint Lucia asking again for the annual special gifts for special people in Saint Lucia: the Prime Minister, Opposition Leader, Governor General and each Cabinet Minister, MP and Senator, the Speaker and the President of the Lower and Upper Houses of Parliament among them.

Today, however, as I yet again write for George, I want this time to represent the so many Caribbean children crying every year about not getting any gifts from you on Christmas Day.

Santa, I tried explaining to some children the other day that with so many children in the world today, it is inevitable that you will miss some. But not all are buying that argument. Some pulled me aside on Derek Walcott Square last Sunday and gave me the shock of my life.

Here is what I remember them telling me on The Square after mass, Santa…

They explained there are about two billion children on earth and with the different time zones that would normally make it sound difficult. But they insisted that you being you, you can do it today with a little help from Science, Technology and Artificial Intelligence.

Santa, I challenged them to show me how and they just laughed, pulling out their smart phones almost together, as if racing to make a call to you to hear what they were going to tell me about you.

Quoting ‘Mr Google’, the little boy wearing the thick glasses told me: ‘Due to the different variations in time zones and international datelines and the differences in sunset and sunrise times between different locations and latitudes, by our estimation Santa will end-up having 42 hours to deliver presents to around half-a-billion households!’

‘So, by our calculation, within those 42 hours Santa has to travel to each house that has a child and that will sum up to 0.205 miles (or 0.33 kilometers), which is the average distance between the households he visits…

‘He has to leave his sleigh outside and enter the house undetected and decide which gift is for which child. Then, he also has to eat any snacks left for him. But his stomach never gets full until the mission is completed at the end of the 42 hours, so that’s why his belly looks bigger every year.

‘Santa then leaves the house, mounts his sleigh and heads to the next home, so you can imagine the poor old man doing that, all alone, for half-a-billion households!’

Another boy with a tablet opened it on Google Earth and explained: ‘With 500 million households to visit within 42 hours, Santa has just 300 micro-seconds (or 0.0003 micro-seconds) to accomplish everything he has to do in each household.

‘To move at that speed at that average distance between households, Santa will therefore need to travel at only around 1,367 miles-per-second (or 2,200 kilometers-per-second).’

Santa, I was more than impressed. I was dumbfounded — but I couldn’t play dumb, so my next question was: ‘There is no way Santa, in an open sleigh by himself, could handle the heat and acceleration generated during the journey. How can he?’

Enter the third child, a girl, who smiled and sat next to me and explained (without watching her phone): ‘True, the heat objection issue is a serious one. The frictional forces of the atmosphere can be a problem, because if Santa would ride with such speeds on an ordinary sleigh, he should burn the same way a satellite burns during re-entry into the earth’s atmosphere…

‘However, Santa is supremely magical and has stood the test of changing times, so he has to be aware of this. Besides, there are so many ways he can protect himself from such a disaster…’

She sounded so sure that I didn’t hesitate to ask again: ‘How?’

Still smiling, she replied: ‘He could have a heat-shield protecting him and the reindeers, allowing him to travel freely in the atmosphere. Or, he could have such aero-dynamically advanced equipment that can clear all the air on the sleigh’s way, leaving only a smooth breeze, hence ensuring that Santa has enough oxygen to breathe as the journey progresses…’

I was impressed, Santa. It was clear they had done their homework. But the journalist in me found another question to tax her little brain: ‘This super-fast acceleration is therefore something Santa should be worried about. Imagine moving from 0-60 miles-per-hour within a tenth of a second? You would pass out. So how can Santa survive that?’

But this Little Miss Lucian certainly had a brain bigger than Little Miss Muffet. She quickly replied: ‘That’s nothing for Santa. His mission is essential and requires him to be safe all the time. So, a well-pressurized suit, combined with a turbine system that is biological and has more power than a human heart, could easily do the job.

But it was her bottom line that bowled me out, when she pointed out: ‘After all, to Santa, the happiness of children all over the world during the Christmas holiday season is more important — and therefore worthy of a little organ replacement to make him accommodate the extraordinary speed during the journey.’

Believe me, Santa, after those bright kids and future Caribbean people showed me I was still thinking like a goat, I went home and sat to watch the world news while thinking of what the children told me.

Here again, I was confounded by an item about the reality of what Christmas 2019 is like in those cold countries with millions of people where you spend more time delivering gifts to children whose parents don’t wait for you to arrive on Christmas Eve night.

The item was about the amount of money being spent on Christmas in the USA and the UK this year.

In the UK, the average household is estimated to spend some US $800 more at Christmas time than they do every month. But in the USA, the average consumer spends US $1,080 for the season. In the UK, most people prefer to shop for Christmas at retail bricks-and-mortar stores, but in the USA 56% do it online.

It’s also estimated that US $730 Billion will be spent this Christmas. Now, Santa, whether that’s only in the USA or both USA and UK, or the world over, that is more money than we have sand on some islands.

So, I was thinking… With all that money being spent in those rich countries where your gifts in those places being just ‘extras’, instead of you giving them more, you should think a little more about the fact that most of the most-needy children in the world live in places like Africa, Asia, Latin America and The Caribbean.

In fact, Santa, I have for over 20 years been inviting you to leave the best for last and leave Our Caribbean for last, so you can take a nice little After-Christmas End-of-Year holiday weekend on any of our many beaches of all sizes, where, I am sure Mrs Claus would not mind seeing you on Facebook relaxing in the white sand and taking ‘Selfies’ with bikini babes (not babies) on a tropical island with blazing sun with a glass of rum and a Bounty Sorrel Liquor, which I heard was brewed with you and her in mind…

Imagine that, Santa. So many companies will want to have calendars with ‘Santa in a bath suit’ that your pension would be virtually guaranteed from image copyright alone; and Mrs Claus could come with you next year – for the first time in her life –and have another set of photos taken: one set with her wearing a bikini made from coconut straw or breadfruit leaves and another set with ‘Mr. and Mrs. Claus in a Hot, Hot, Hot Tropical Christmas!’

But Santa, just make sure, if you choose Saint Lucia, to get off the island before the New Year strikes at midnight next Wednesday December 31, the last day of 2019.

You will notice tonight (Christmas Eve) that all the white tents on The Square are already up, so it will no longer be a Silent Night or a Holy Night. And our local equivalent to a New Year Santa, who we simply call ‘Toes’, does not take kindly to any type of competition whatsoever.

‘Toes’ is dressed in red just like you, Santa, but instead of being pulled by donkeys in a horse-cart, he is followed by a group of ‘Tar Babies’ who will make you look like never before by mere contact.

‘Toes’ also walks with pitch fork in his hand (what you will call a trident) and he will not hesitate to ‘jook’ you with it where it will hurt you most, if you cross his path and take away any of his attention on the first day of 2020.

So, Santa, as you will have already started your 42-hour journey before you read this letter posted on your Arctic SmartIcei-Phone, you might prefer to treat it as an advanced message for your next epic annual journey in 2020.

Until then, Santa, while jingling all the way, delivering gifts by sleigh, both by night and by day, just smile as you say you’re labouring the old way for the last time today – and just imagine how different a way it’ll be for The Next Christmas Day, when you will be able to make so many more Caribbean children smile for Christmas.

Meanwhile, I cannot wait to welcome you by the bay and wish you our traditional welcome: ‘Ho, Ho, Ho – and a bottle of rum!’