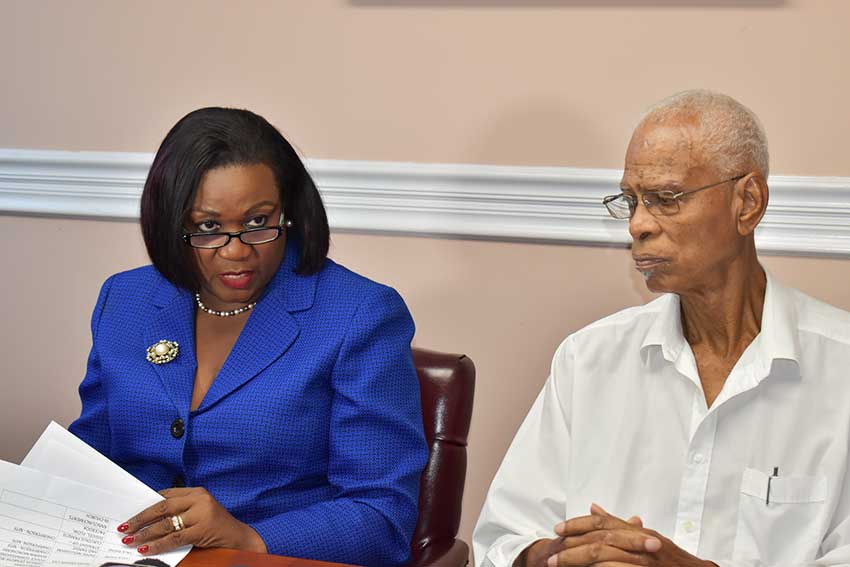 The Saint Lucia Medal of Merit consists of a gold and silver category and will be awarded to a total of six persons who have performed long and meritorious services in the arts, literature, science and other similar fields in Saint Lucia. She announced that the Saint Lucia Les Pitons Medal consisted of a gold, silver and bronze category and will be awarded to persons, whom she said, “Have performed long and meritorious services to Saint Lucia tending to promote loyal public service, national welfare, or to inculcate and strengthen community spirit, and we have nine such awards.”

Francis indicated that nomination forms had already been submitted to the local libraries, post offices, banks, and various service groups and service organisations. Nomination forms can be obtained on the government website, at constituency councils and from the Office of the Prime Minister. Submission of nominations must be sent to the care of the Office of the Prime Minister at the Graham Louisy Administrative Building, Waterfront, Castries, before the deadline of December 6th, 2019. Nominations that are received after the deadline will not be considered. Nominations will be promoted on local talk shows throughout the month of November and the awards will be presented in February at the Investiture ceremony.

In relation to the National Awards, Francis said, “Over the years we have awarded and celebrated a number of Saint Lucians who have rendered such eminent service, and every year we launch the programme, inviting the citizens to nominate additional persons.” She claimed that an unprecedented number of nominations were received last year through the aid of robust press relation activities. She further stated, “Last year we did see a tremendous improvement in that regard and we implore all citizens who are submitting nominations to ensure that high quality is maintained.”