By Jody A. von Wahl 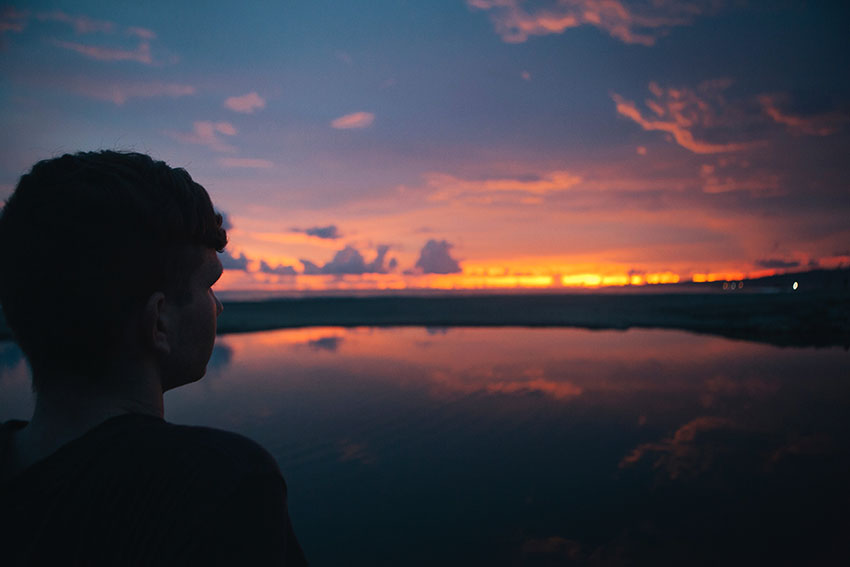 LIKE many in my generation I am comfortable in saying “I’m not religious, I’m spiritual”. I choose not to follow a single dogmatic faith-based system but rather walk a personal path that intersects several. The same is true for my political ideologies and loyalties. The false dichotomy of conservative versus liberal, right versus left, traditional versus progressive, or red versus yellow no longer reflects a realistic image of my generation’s world view. Neither does it provide a platform adequate for the critical analysis of our current and future challenges. Not only is it shallow, it is hollow, empty, and devoid of substance. The past political programmes are unable to prescribe a path to prosperity, far less provide hope of doing anything greater than simply surviving the rising global tides.

According to Buddhism, the basic cause of suffering is the attachment to desire for something (craving) and the desire not to have something (aversion). This relates to our political condition in that our cravings are manipulated through empty promises and our aversions manipulated by the demonizing of those we consider political opponents.

Typically, whoever is in opposition, will attempt to make the governing side appear as an enemy of the people and promise everything they claim the government has failed to deliver. They promise all the things we desire will become reality, as soon as, and only if, they take the reins of power.

While they do this, the party that administers the government will do their utmost to make those who stand in opposition appear as merely power hungry. They will bring forward all the opposition’s failures from past positions of power as proof of their incompetence, their inability to deliver, and their lack of vision and true leadership all the while pulling and pushing every available lever of government’s authority to appear as not to have made empty promises themselves. They will fulfil promises they never made to compensate for the promises they have not kept.

Most of them just want power to gain privilege, prestige, and above all else personal profits. They will seek these things at any cost and use their fellow countrymen as mere means to their self-serving ends. Critically acclaimed author and Presbyterian minister, Chris Hedges, wrote the following in a recent article for truthdig.com entitled, ‘The Age of Radical Evil’:

“Immanuel Kant coined the term “radical evil.” It was the privileging of one’s own interest over that of others, effectively reducing those around you to objects to be manipulated and used for your own ends. But Hannah Arendt, who also used the term “radical evil,” saw that it was worse than merely treating others as objects. Radical evil, she wrote, rendered vast numbers of people superfluous. They possessed no value at all. They were, once they could not be utilized by the powerful, discarded as human refuse.”

Whereas his article was addressing the global corporate oligarchy and his critic of corporate crony capitalism, my concern and reason for using the quotation is its accuracy at depicting our local political ecosystem. A grouping of political prostitutes who are no more capitalists than our local comrades are communists. To be clear, I am not referring to the business community at large who have worked hard for their capital gains, the social democrats who advocate for the value of social programmes, or the activist community who agitates and demonstrates on behalf of the marginalized and most vulnerable among us. To borrow another line from Mr Hedge’s article, “the architects of radical evil” that I refer to are the permanent political class and their army of hacks who will stop at nothing to get their way. Those who will do it by any means necessary even if that means the sabotage of a nation and the perpetuation of poverty. These architects of radical evil are the only ones who stand to benefit from keeping us divided politically, territorially, and generationally.

Unfortunately, it appears to me that we still only want to hear the sweet lies when what we need to be listening to is the inconvenient truths. If we are to have any chance of keeping our heads above water as global tides rise, we must face the harsh realities of the modern world. We must deal with the fourth industrial revolution that is well under way driven by disruptive information technologies like the block chain, the internet of things, artificial intelligence and machine learning algorithms. If not, the St Lucia we knew, the St Lucia we love, can easily become nothing more than a page in the history books.

Sadly, due to our own selfish desires for personal profit, prestige, and privilege over others, we willingly allow ourselves to be used and abused by those who will discard us like human refuse once we have outlived our usefulness to them. Until we take responsibility for our own future and realize the power of disciple and the nature of true national unity we will forever be at the mercy of these architects of radical evil.

Do we really desire our own subjugation, or are we ready to take control of our own future and create a brighter tomorrow together?

The English theologian Thomas Fuller said: “It’s darkest before the dawn”. So, personally I embrace an optimistic outlook and rather spend my time, energy, and resources to build up what I want to see in this world rather than tear down what I no longer desire.