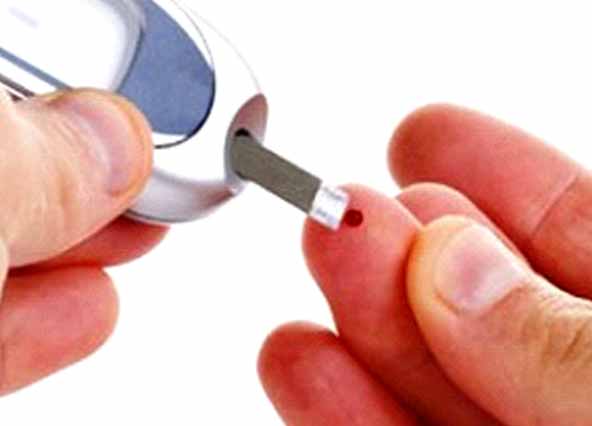 TODAY is World Diabetes Day, observed by member-states of the United Nations (UN) and promoted here and everywhere else by UNESCO. So then, what’s Saint Lucia’s diabetic diagnosis? And how do we measure-up against the rest of the world?

Diagnosis
Saint Lucia has the highest registered diabetic prevalence rate per head of population in the entire Organization of Eastern Caribbean States (OECS). It’s also one of the highest rates in the Caribbean – and the world.

Danger Zone
Seven years later, by April 2007, Saint Lucia was diagnosed as deepest in the global diabetic danger zone with the highest rate of diabetes prevalence in the world.

That diagnosis was supported by a scientific study done by a Canadian researcher, Dr Michael Graven, a urologist who screened more than 31,000 St Lucians and concluded: “The state of diabetes in St Lucia is tantamount to a public health disaster, much like a hurricane with catastrophic rates.”

The study found that based on the then trend, the rate of new cases of diabetes would double every four years and hypertension every five years, with the complications of heart attacks, strokes, renal failure, blindness and amputations burdening the health system.

It also indicated that 8.1 per cent of the population was diabetic.

The then Ministry of Health acknowledged the report and promised to undertake measures to better tackle the problem; and the Saint Lucia Diabetic and Hypertensive Association warned Saint Lucians to take heed and live better lifestyles.

Then Health Minister Stephenson King described the statistics as startling and said government would move swiftly to make a number of interventions, such as formulating policies and developing programmes to change people’s lifestyles.

He also said that “in a sense this information is timely, as the ministry is at a critical juncture where it is seeking to refocus its health programmes.’ The new statistics, he said, ‘would encourage renewed approaches and develop ideas that would help fulfil provision of total heath to our people.’

But the St Lucia Diabetic and Hypertensive Association cautioned against panic reaction, then President George Eugene saying he was “not the least bit surprised” by the findings because ‘the writing had been on the wall for years,” but limited resources restricted the amount of work the organization was able to do.

He noted that Saint Lucians seemed to care more about their vehicles than about their health, ensuring cars are in good working condition but not giving their own bodies equal attention.

Pointing to the ‘frightening reality of the economic impact’ this would have on the country, he said: ‘What we will need is a strong political will and public commitment to reverse the trend — and not panic.’

He said: “We need to look at the things we import in the country and what we feed ourselves with. We have to become more health conscious. We are an agricultural nation, yet we hardly consume what we can grow.”

Ten years later (in December 2017) the picture looked no better, with the prevalence rate as a percentage of population aged 20-79 reported by the World Bank at 11.6%.

The island was also recently rated on the global scale next to Afghanistan, Brunei, Canada, Comoros Islands, Cuba, Germany, Panama, Russia, Spain and the Slovak Republic.

Whatever the real figures today, Saint Lucia is no longer described as ‘The Diabetic Capital of the World’. But that does not mean the country has cured its diabetic ailment, only that other countries have become worse.

Today there are over 33 million people suffering with diabetes worldwide and while the Saint Lucia number is a tiny fraction, it’s still a major problem.

It can also be safely said that despite the best efforts of the association, the health ministry and all involved in preaching better and healthier lifestyles, young people have not been taking warning. Most still unfortunately believe that Diabetes is ‘an old people’s disease’ that only results in amputations and people losing their feet or toes.

Those who know what to look out for point to excessive overweight and other visible signs that remain invisible to those who don’t know what or where to look. Many loudly lament that an increasing number of young people are ‘Walking Diabetic Fashionistas’ without knowing, not having cared to even find out what can cause diabetes and how it can affect them.

It’s even being advocated today that ‘There’s nothing wrong with being fat’, while diet changes continue to be advocated more to market new private medical products than based on scientific determinations or certainties.

But more children are also becoming diabetic across the Caribbean, due mainly to unhealthy lifestyles.

A widespread test in Ecuador in 2017 saved 7,000 diabetics from losing their limbs and this ‘cure’ for saving limbs has now been accepted internationally and has saved countless limbs from being lost not only in Cuba but everywhere it is applied.

Much is being done with limited resources by advocacy entities, but official attitudes still seem like we’re more ashamed at and by our global diabetic prevalence ranking than interested in still taking advantage of that unfortunate reality and turning its challenges into opportunities.

With the right help, we can still become the new diabetic capital of the world for a different reason – the first country to have shown that diabetes is indeed reversible and treatable, diabetics assured of not only saving their limbs, but also finally being on the right track to recovery, if not sustainability of life.

Efforts are under way here to ensure Saint Lucians have easier and better access to medical facilities and treatments in Cuba and it is to be hoped that those who can will take every opportunity to seek and find assured and affordable diabetic treatment in the land where the only medicine for avoiding diabetic amputations was discovered.