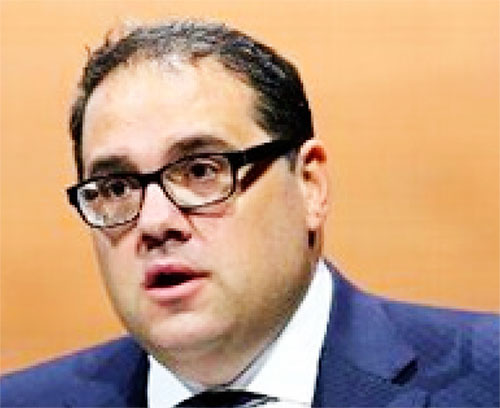 SAINT Lucia will play host to the FIFA Course for Regional Technical Directors and General Secretaries for Member Association (MA) from tomorrow Sunday 24th to Friday 29th November 2019.The six day course will be held at the Bay Gardens Hotel.

Football is the core business of each Member Association. A strong technical director leading an efficient technical department with qualified staff and an excellent relationship with the Association’s General Secretary coupled with a strategy and long term development plan are among the most important factors in successful football development.

For this reason, FIFA commenced an education programme for Technical Directors in 2016 and since then has organized forty one courses and workshops at different levels.

Since the beginning of 2019, General Secretaries have also been invited to participate to allow them to discuss among other matters, the complimentary roles the General Secretary and Technical Director have in a Federation, and the close cooperation between the administrative and technical sectors.

The six Day course which will target approximately forty participants from the region will be held at the Bay Gardens Hotel from 9.00 am – 7.00 pm daily and will incorporate ten modules which are as follows: FIFA Development Strategy; National Football Philosophy – LTDP; The Role of the Technical Director; Relations with other MA departments and external relations; Relations with Elected Members – presidents committee members; Management leadership and organization of meetings; The set-up of a Technical Department; Relation of Technical Director with General Secretary; Recruitment and training of Staff and Human Resources Tools.

A similar course was conducted in Brazil for the MA of South America from the 11th – 17th November 2019.

Saint Lucia will be represented by its Technical Director CesPodd and General Secretary Victor Reid.

The Office of UEFA conducted a Two Day Leadership Senior Management Course for members of CONCACAF with the participants being the President and General Secretary of Member Associations (MA). This has been an ongoing exercise and was undertaken in blocks around the region.

The Course which was held at the Bay Gardens Hotel concluded yesterday (Friday 22nd) November 2019.

CONCACAF in collaboration with UEFA is holding these leadership workshops throughout the Caribbean area for Presidents and General Secretaries looking specifically at Governance topics.

Also present at the Course is the President of CONCACAF, Victor Montagliani who pledged continuous assistance to the Member Associations of CONCACAF.

President Montagliani made a presentation on Friday morning on his perspective of what Leadership is meant to be.