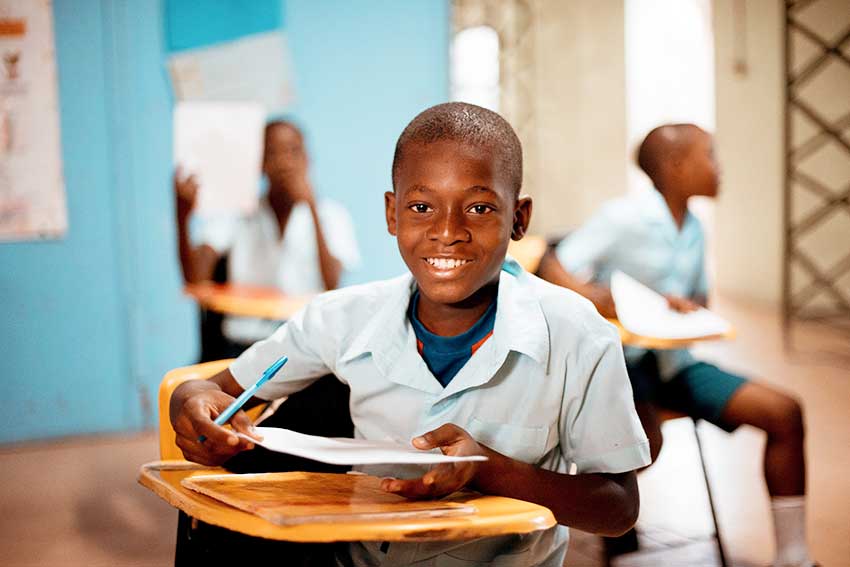 Dear Sir/Madam,
There is a totally absurd notion circulating the school grounds that school is a waste of time. This notion is believed by many lazy students and some who just don’t know any better. Allow me to rearrange their ignorance for them and show them just how useful school is.

The first thing that comes to people’s minds when they think of school is academics. Some get praise because of good grades while some are ridiculed because those ‘Z’ angles gave them a D. Ms Editor, whether we love it or hate it, to get a stable, well-paying job, we need to attend school and get an education. How can anyone say school is a waste of time when their livelihood depends on what they learn now in school? “Work hard now so you won’t have to work hard later,” is what my mom always says and I believe that if more students had this mindset, not only would they benefit, but the society as a whole, will benefit also.

Secondly, Ms Editor, wherever we go there is discontentment from half of the student body about the rules. “These rules make no sense,” or “What’s wrong with being a few minutes late?” and who could forget “Why do I need to wear a ribbon?” Students constantly complain about wearing a uniform and I agree, uniforms are pointless, aren’t they? Why should future policemen, air hostesses and other uniformed personnel practice wearing a uniform? They should dress how they want in school and struggle to conform when it is time to work, right? What about arriving late? We should be free to come to school at whatever time we please and get fired on the first day of our job, that is, if we even make it to the interview on time. Then, littering… oh littering! Who needs a bin when you can just pay a $500 fine? Sarcasm aside, Ms Editor, the school rules prepare students for the working environment. If we follow the rules instead of resisting them, then, the transition into adulthood will definitely be smoother.

Ms Editor, for the six or seven hours a child spends at school, where we work, play, and learn, fights tend to break out. These battles pale in comparison to the wars that are happening outside the compound. In gang wars, persons fight to the death but at school, the teachers break up the fight. At school, children are safer than when they are out on the street, and so, parents can work without worrying about their children’s safety. At school, children have a second family and so, I ask you, how can this be a waste of anything? Do you think that a safe haven for children is useless?

In conclusion, Ms Editor, the necessity of school cannot be ignored. If more people stop winking at ignorance, speak out and educate their children, statements such as “school is a waste of time,” would never be uttered.