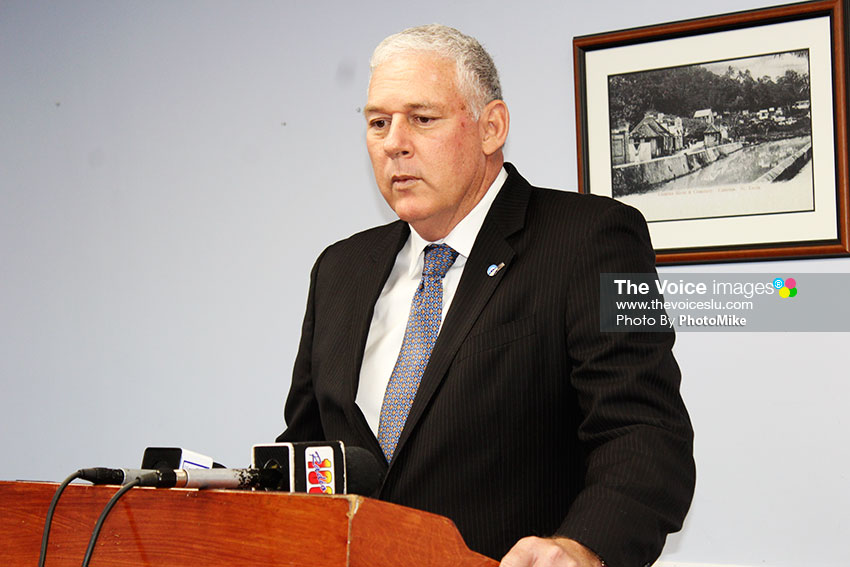 PRIME Minister Allen Chastanet says due diligence and obedience to the rules and laws of Saint Lucia pertaining to employees are what’s needed to avoid the situation former employees of Majestic Industries are going through.

While Chastanet told reporters Tuesday that he could not comment on the matter presently because he has yet to meet with the employees’ bargaining unit, which is the National Workers Union, to fully assess the situation, he noted that such a thing should not happen in the country.

Over two hundred former employees of the Majestic Industries Limited are still awaiting compensation 15 years after the company shut down operations.

The NWU, just days ago, wrote to the prime minister pointing out the plight of the employees, suggesting not for the first time that property owned by the company be sold and compensation to employees paid out of the proceeds of the sale.

PM Chastanet has confirmed that he has received NWU’s letter and is going to have a meeting with the NWU this week. He promises to pursue every angle possible to see to it that employees are compensated.

When asked what procedures in terms of a policy approach could be taken to prevent this kind of thing from reoccurring, the prime minister said “due diligence”.

Below is a reproduction of the letter to the prime minister written by the NWU’s Secretary General Johann Harewood.

I have been instructed to direct your attention to the following;

During the period 1971-2004 the National Workers Union (NWU) was the official bargaining agent for about three hundred (300) workers employed with Majestic Industries Ltd. The company made a significant contribution to the economic wellbeing of the employees and their families. These workers were never laid off and the company maintained its numerical staff complement of just over three hundred workers. Transportation to and from work was provided so minibus operators struck a very good deal with the company on the advice of the NWU. The company also constructed a building on its property that housed a small restaurant. The restaurant operator did good business. At the early stage of Majestic Industries operations, Mr. Gregory Brathwaite was the General Manager. He treated the employees with a human touch. Things began to change after the end of his tenure of service.

In 2004 company officials from the USA informed the NWU that it would cease operations in Saint Lucia. We received only seventy-two (72) hours notice. A scramble ensued. Workers were left stranded with notice, severance and weekly wages left unpaid. The Department of Labour at the time did very little. We wrote the Ambassador in the US Embassy in Bridgetown, Barbados. Unfortunately, they met with officials from the Department of Labour in Saint Lucia. We were left out.

It was clear that the industrial matter was placed in the deep freeze. Fortunately the workers discovered that the former company owned a sizeable property in the same Vide Bouteille area. The former employees are determined to get their long overdue benefits and the NWU will continue to represent their interests. We have written three (3) letters with a petition to Hon. Stephenson King on the matter but to date without any positive results.

Sir, it is our view that the land owned by the former company should be sold and monies obtained from this sale should be utilized to pay compensation to the workers. We are requesting that you meet with a delegation comprising the Leadership of the NWU and four (4) former employees of Majestic Industries Ltd to decide on how to proceed. We look forward to a date from you for that engagement.