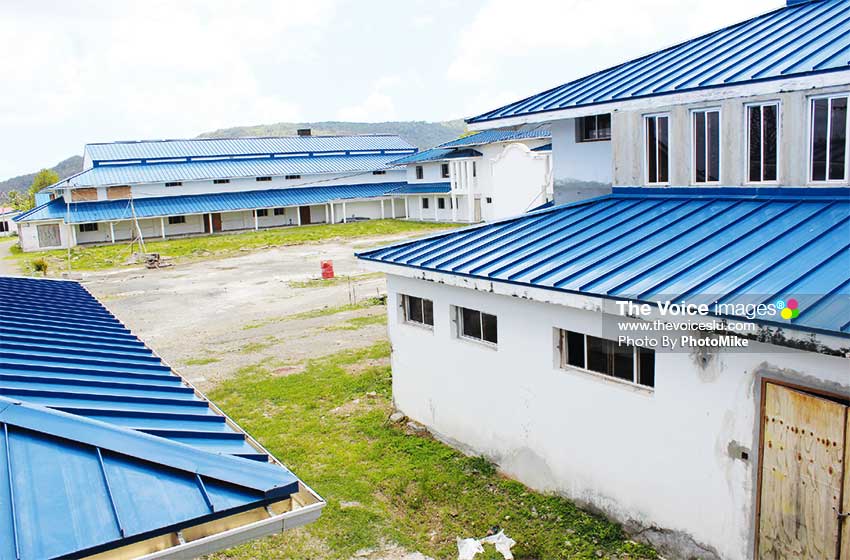 “I often wonder if Kenny Anthony had suspended work on the St Jude Hospital Project for three and half years after taking office in 2011, how much tears would Allen Chastanet have cried to convince St Lucians of his love for them”

IT’S always the calypsonians who, every year, pinpoint just what’s happening, especially what’s wrong in our society that everyone else seems unwilling or unable to talk about. What we don’t say, they sing. And so it is recently, with Lord Help Me, one of the most popular veterans of calypso, who has said just what’s in everyone’s mind at this time about how this government is giving horses priority over poor people’s welfare and the nation’s health. One is left totally confused that any administration could willingly and knowingly put horses as a first priority over people.

The nation’s health services have been taking a battering since the fire at St Jude hospital. It’s as if that blaze set alight a blight on the island’s health system, but more than that, the current government seems content to continue to shoot itself in the foot by not completing the health projects.

This Government, having inherited the new hospitals started by the SLP administration, which had also been administered by the UWP during their tenure in office (2006-2011), decided not to finish the 90% complete St Jude hospital or commission the long-awaited New National Hospital when they assumed government in 2016. And let me not get started on the modern psychiatry facility on the Millennium Highway.

Instead UWP elected to start the St Jude Hospital Reconstruction all over again – after three years of it being left comatose and at great expense to the Taiwanese taxpayers, who are also to lose $21 million in the meat processing plant they donated in Vieux Fort, which the government in its wisdom decided to decommission to give way to the horse-racing track. All the spinning of the government mouthpieces won’t change these established facts. The records don’t lie.

The government has refused to fully commission the OKEU Hospital, insisting on selecting the commissioning agency by direct award instead of open tender, much in violation of the rules and regulations of the donors. The European Union continues to be concerned about the government’s stark refusal to commission the hospital, which is the EU’s biggest project in the Caribbean. The EU also rejects the explanations for the delays given by the government so far, as it continues to insist that after 13 years since the project was approved and funded in 2006, it still can’t be fully functional.

The government seems hell bent on having its way with the EU’s money, oblivious to the fact that if the EU decides to recover its money, it’s not the Prime Minister or the Cabinet of Ministers who will have to pay, but every man and woman in Saint Lucia – especially our children.

It’s also interesting to note that government ministers travel abroad for expensive medical care that they can afford while the average Saint Lucian has to make do with having no hospitals to go to. Victoria Hospital is on its dying bed with no sheets, but the government is encouraging Saint Lucians to buy horses to race. Saint Lucia, why is this Prime Minister’s priorities so skewed?

The government only says it is interested in providing better health services, but every time it has to deliver it simply gives instead sorry excuses, like blaming change in ownership of a company for the OKEU hospital not being air conditioned or the project implementation overnight guru saying the legislation was flawed. The legislation that was enacted for transitioning by the previous administration was not flawed. The real objectors are the persons in Cabinet who are entrusted to enact this legislation but who would prefer to go contrary.

Healthcare is an important national item everywhere but here. In the USA, President Trump has discovered that ‘Obamacare’ is not only for black Americans but affordable health for all poor Americans, including his ‘rust belt’ supporters. In the UK, the Brexit fear includes the amount being spent on healthcare and the fear that the national health system can be privatized by Boris Johnson and handed to US investors if he takes the UK out of the European Union.

In Venezuela, the USA is using healthcare as a weapon against the Maduro government by offering free medical care to those fleeing the country. The Americans also offered similar free assistance to Saint Lucians and it revealed that over 55,000 Saint Lucians cannot afford healthcare. All over the world healthcare is a priority.

The government itself also admits that only 20% of Saint Lucians can afford health insurance yet it wants to await complete national health insurance to start offering reliable and affordable health care. For some reason it alone knows, the government is hell bent on putting the future of Saint Lucia’s healthcare into the hands of a questionable Cayman Islands group that has itself been found wanting in the Cayman Islands by the British authorities. Yet, everything points to the Cayman group being more involved than most would expect, not only in the future of the OKEU hospital, but the future of the entire national health service.

The future of the nation’s health service continues to be in a tailspin and everyone in need of better or affordable health care knows just how bad it is, which is why Lord Help Me is singing lamentations for us.

But while Lord Help Me sings, the Prime Minister cries. I often wonder if Kenny Anthony had suspended work on the St Jude Hospital Project for three and half years after taking office in 2011, how much tears would Allen Chastanet have cried to convince St Lucians of his love for them. Now he cries for the pain he chose, himself, to inflict on the people of this country. We can only assume that these dry tears were his admission of his failure to deliver on his party’s election promises and especially his pledge to put the nation’s health in a healthy state. How much longer will we give him to fool us?