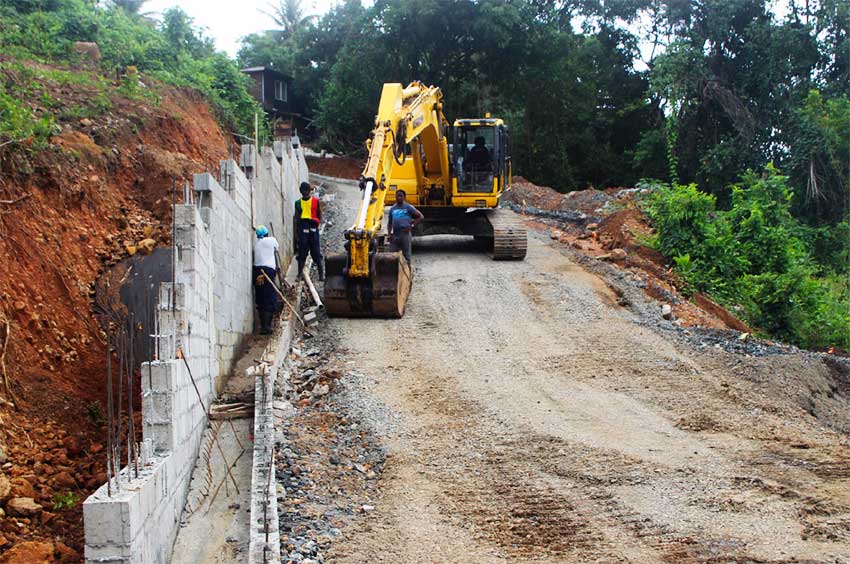 WHEN one hears about Invest Saint Lucia what comes to mind is an agency with a single purpose, which is to bring foreign investment into the country be it via tourism, manufacturing or other. Little known however, is the fact that Invest Saint Lucia has a mandate of making home ownership a reality for all Saint Lucians, as noted by CEO Roderick Cherry.

In fact, it was in January of this year that Invest Saint Lucia announced its plans to develop a number of residential lands in areas including Bois Jolie, Dennery and Beauchamp, Micoud.

Cherry at the time noted that the Beauchamp and Bois Jolie developments were part of an overall development plan being conceptualized for lands vested in Invest Saint Lucia. He claimed that Invest Saint Lucia had always made it a priority to focus on the development of residential properties as the agency winds down the realisation of lands in Vieux-Fort North and Dennery.

The plans laid out in January 2019 aimed at giving Saint Lucians a share of their country have now borne fruit in that the said areas in Dennery and Micoud have all been delineated into house lots and commercial spaces.

And to prove that it does what it says, Invest Saint Lucia on Tuesday of this week took representatives of media houses on a tour of these two areas, proving that it kept to its words, uttered in January, that the lots should be demarcated and ready for sale by the last quarter of this year.

The first stop was in Bois Jolie, Dennery where project coordinator, Lyndon Samuel explained that Bois Jolie is part of a strategic initiative by Invest Saint Lucia to provide residential lots at a reasonable/affordable cost to Saint Lucians.

“We are looking at $12 per square foot,” Samuel said, adding that the development is for residents of Dennery and environs, particularly young professionals who can afford the price, which is below market price.

There are at least two squatters on the land under development at Bois Jolie which Invest Saint Lucia says they have been occupying for a number of years. For these persons however, the $12 per square foot rule will not apply. The land they are occupying will be offered to them at a lower price; however the length of time they have been on the land will be a major factor in arriving at a reduced price per square foot for them.

Twenty-five lots are being developed at Bois Jolie and according to Samuel all have been sold largely to persons from Dennery and its environs. The infrastructural works cost just over one million EC dollars and will be completed within the coming months.

The Bois Jolie Development is located on just over eight acres of sloping land with lots ranging from 5,000 square feet to 7,500 square feet.

The Beauchamp, TiRocher-Micoud development is larger and advertised as part of what is in store for the south of the island. That development for the south, it has been said, will bring a population surge of young professionals working in tourism, agro-processing, services and other sectors.

Fifty-nine residential lots are up for purchase in that development ranging in sizes from 5,000 square feet to 12,000 square feet on average at $12 per square foot. The development is a mixed-use subdivision located on approximately 20 acres of relatively flat land broken down into four multi-family lots, five commercial lots, two institutional lots and 48 single-family lots.

The infrastructural cost for the Beauchamp development is approximately $3.3 million and is ongoing and will be completed in the coming months, according to the agency.

The media team also visited an Invest Saint Lucia factory building in Dennery which will soon house a company called Caribbean Quality Meats, specializing in poultry production. That project is estimated at EC $4.3 million and will soon be operational, according to Cherry who stated that as owners of the facility, Invest Saint Lucia retrofitted the factory shell to the specifications of the investor up to a limit of EC $1 million.

The company is said to provide an estimated permanent employment for 30 Saint Lucians. According to Cherry such an investment is part of Invest Saint Lucia’s plans to increase local food manufacturing and lower importation of food, and enable the country to have stricter standards to safeguard its citizens from the negative impacts of chemicals and hormones used in meat production abroad.