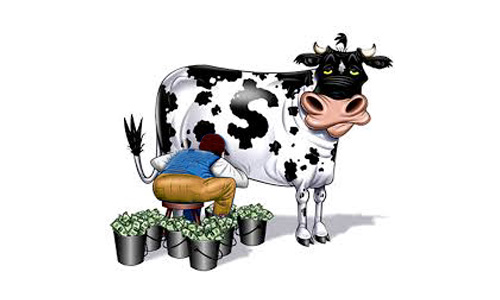 I have often wondered if the business of government is to deceive or to build, to drive or travel the world by air and sea, or to get into private business.

In almost everything we do as citizens, we need to obtain permission or pay a license or special taxes to the government. It controls the administrative arm of development. If you bypass it, or act without due permission, you can be charged, tried, fined, or even jailed.

We the citizens are asked to pay for everything, corporate entities are forced to pay license fees and taxes, rentals, fines — in fact, government gets paid for everything.

Governments demand and solicit, even while they control and earn from everything they offer as a service – but they are also at the same time supposed to develop, build, offer opportunity, give us new horizons, etc.

The police, prisons and customs all do their collecting and enforcement on behalf of the government that rakes in millions. And, even though governments have the right to borrow, negotiate bonds, grants and every other mechanism to obtain cash, they’re never able to deliver or seem to satisfy the needs of the people they serve.

As far as I am concerned, the government system is designed to rip-off the people so that a selective few can enrich themselves. Furthermore, governments can and do lie, cheat, bluff, steal, confuse, defraud — and all also mismanage.

For instance, how could the persons or department responsible for building codes and standards allow millions to be spent to build two hospitals and years after tell the public that the building cannot be used because of poor building codes? How can you give authority, monitor all structures erected and still not notice that things are going wrong?

How can we have a budget for millions of dollars for school rehabilitation and every other school is in need of dire repair?

How can we have more than a thousand police hired to fight crime, yet it is on the rise? Should I go on, or do you get my drift…

Where is all the money going? Are the enforcers supposed to be heavily compensated? Is it a system designed for leakages?

Is government a cash cow to be milked by people out to continue to bluff the citizens in the name of progress and development?

I sure wish someone can enlighten and educate me, make me understand and give me a clearer picture of how government works in the interest of the people. I have difficulty in hearing about progress, yet seeing a deterioration of most schools, more unemployment despite all the organized workshops, daily price rises at the supermarkets and service outlets.

What part of our lives is getting better?

I am told we are doing better, but I must be seeing things with different eyes than everybody else — in which case, I may be badly in need of an eye transplant.

But I don’t think so. I think most of you can see eye-to-eye with me, but you just like to blink too much!

Too many of us prefer if that way. Yes, we like if so!