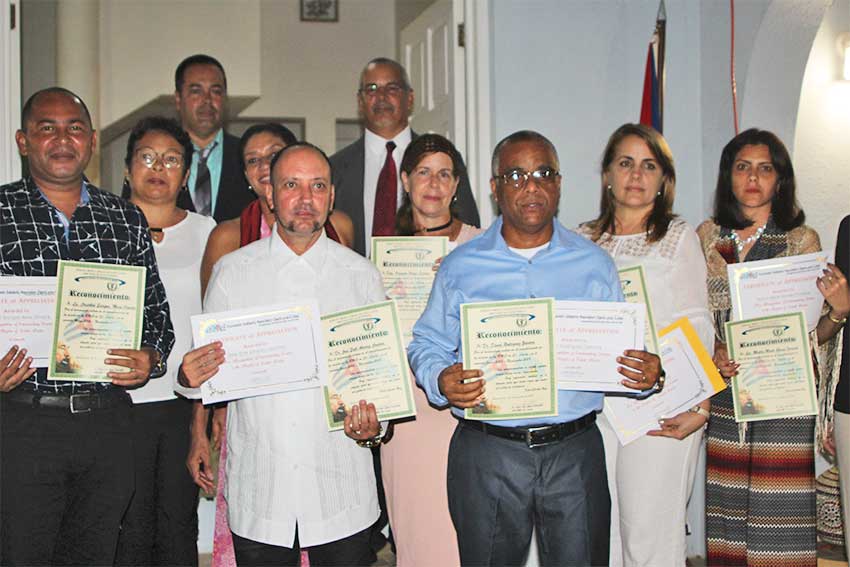 Seven other Cuban doctors specializing in areas having to do with the ear, eye, internal organs and other parts of the body will be arriving here later this month as replacement to the seven who said goodbye last week.

The team was spread in medical facilities across the island, including the Soufriere Hospital, the Mental Wellness Center, Victoria Hospital, the Gros Islet Polyclinic, and Vieux Fort Health Centre.

Health Minister Mary Isaac and the departing medical specialists and other invitees met at the Cuban Ambassador’s residence last Friday in cap Estate for cocktails marking an official sendoff.

It was a time for the sharing of experiences they acquired during their tenure in Saint Lucia and of summarizing the years of hard work effort they put in for the betterment of all.

It was also a time for both Saint Lucia and Cuba to strengthen the already strong relationship between them. Tribute was also paid to the Ophthalmology Centre at Victoria Hospital on the occasion of its 10th anniversary.