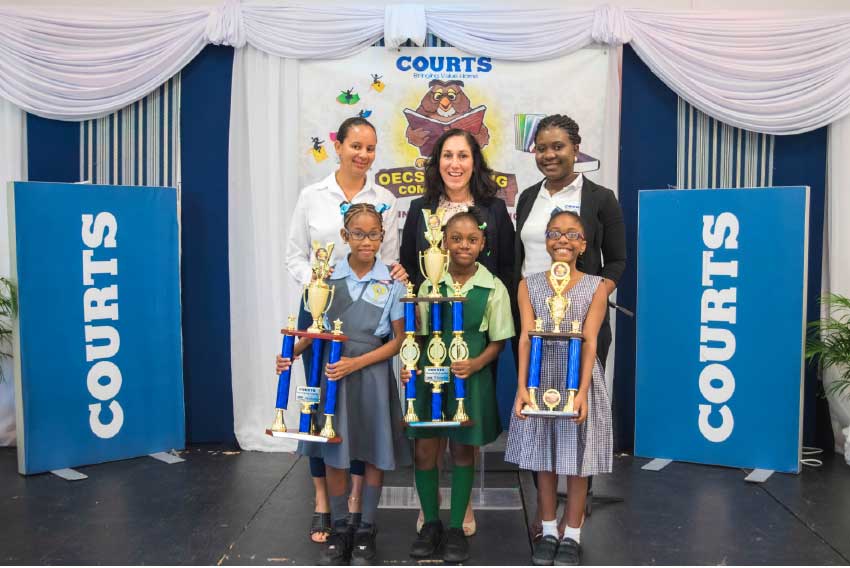 THE finals of the 10th staging of Courts’ Annual National Reading Competition was held on October 31st, 2019 at the Golden Palm Conference room. The competition which is done in collaboration with the Ministry of Education started in 2009 and promotes literacy in primary school by developing reading skills.

The Courts National Reading Competition for the past ten years has been focused on building future generations through literacy. The competition judges critical competencies which include fluency, accuracy, enunciation, smoothness and expression as well as the competitor’s confidence and ease of reading.

All participants were given tablets from Courts and prize baskets from the Lions Club of Castries and Peter and Company Limited. Amira now moves on to represent St Lucia in the OECS finals in February 2020.

The Courts National Reading Competition is one of many Corporate Social Responsibility initiatives from Courts, a brand of the Unicomer Group.