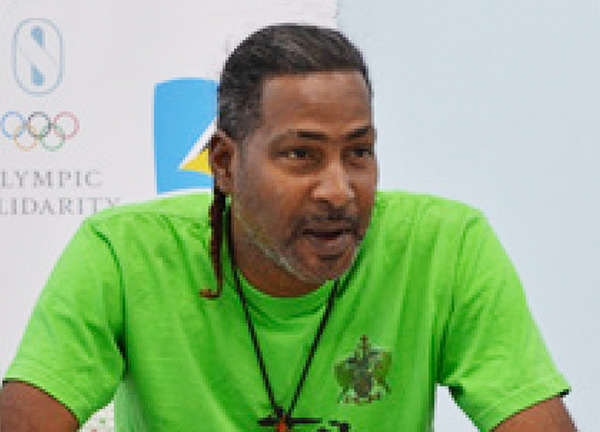 THE Saint Lucia Olympic Committee (SLOC) Inc. is launching the first set of foundational coaching courses in a multi-year plan, starting Monday as part of its mission to build capacity among its membership and further develop coaching systems on island.

The coaching course will take place at the Jonathan H. Everett Conference Room at the Saint Lucia Olympic House located in La Clery.

According to SLOC, Public Relations Officer, Ryan O’ Brian, from November 18th – 24th, 2019 at least 50 coaches and sport leaders will be trained and certified under the Caribbean Coaching Certification Program (CCCP). The programme is being facilitated by Dave Farmer, formerly of the Barbados Olympic Association and a trainer of the CCCP in the region.

O’ Brian said, “The Ministry of Youth Development and Sports coaches and leaders will go through the training on Monday 18th November to Wednesday 20th November. Following this, nominees from at least 13 member Federations affiliated to the Saint Lucia Olympic Committee Incorporated as well as additional sports leaders identified as future prospects for course trainers will go through the programme.”

It is these trainers who will lead future sessions and scale out the curriculum to local coaching prospects in 2020 and beyond.

He continued, “This foundational coaching initiative follows a series of SLOC Inc. consultations with its membership over the course of 2019. Feedback from coaching and administrative representatives from the National Federations indicated a need for a more structured and focused pathway for coaches to build their skills.”

O’Brian said, “After going through the foundational programme, coaches would be better prepared to implement sessions and programmes in their own communities and Associations. The sport-specific technical training offered by various sporting federations builds on the general foundation of the CCCP.”

Coaches who have developed through this pathway would also be in a strong position to benefit from more advanced and specialized courses that could be offered in the future.