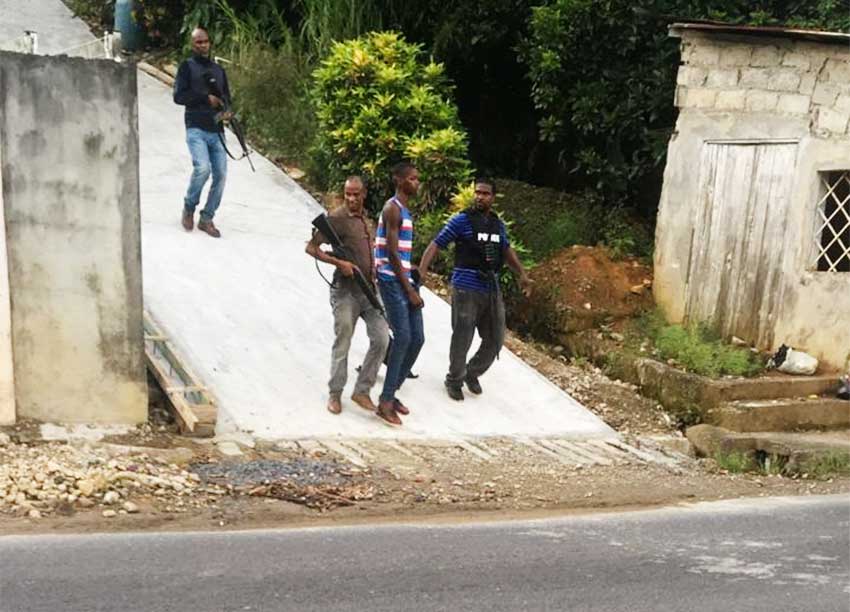 STANLEY Marshall, aka ‘Cocoboy’, of Coolie Town has been arrested. He had been wanted by police for questioning in relation to murder, attempted murder and aggravated burglary among other reported offences. The arrest was made on Thursday 24th October, 2019, during a very heavy police operation in the Bexon community. According to George Nicholas, Acting Assistant Commissioner of Police, the operation was geared toward, but not limited to, the search of the long outstanding fugitive, Stanley Marshall. The operation which led to the arrest of Marshall involved over 50 police officers. Marshall, for whom an arrest warrant was issued, had been evading arrest for a long time.

In relation to this arrest, George Nicholas, Acting Assistant Commissioner of Police, stated, “I want to reassure members of the public that we are going to do all in our powers to keep people or persons who are bent on breaking the law away from society. We also want to thank members of the public who assisted us in our day to day operations.” Nicholas also asserted that Marshall was arrested without a single shot being fired. In reference to that he remarked, “That is commendable on the part of the police officers and I want to encourage them to continue in their pursuit of fighting crime.

The Acting Assistant Commissioner of Police highlighted that a rise in criminal activity ensues during the Christmas season throughout the island. Nicholas stated that police operations will be centred on securing a peaceful Christmas season for Saint Lucians. Nicholas also advised persons to be on their guard against criminal activity during the season. He cautioned, “We are asking persons to be on their guard; be on the look-out; be more cautious in their transactions when they deal with cash or go to the bank.”