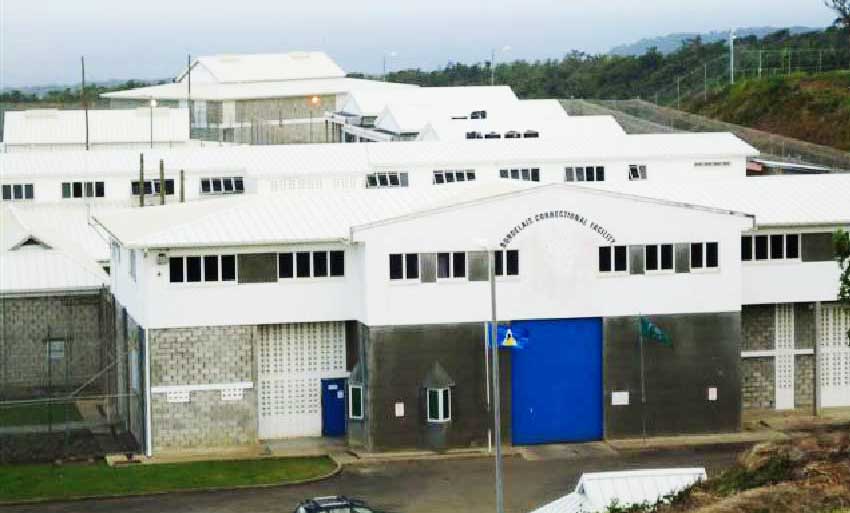 A 48-year-old Vincentian man who pleaded guilty to possession of cannabis and possession with intent to supply the illegal substance has finally been sentenced, two years after putting in a guilty plea.

Now Brian Vincent Mayers will spend a few years at the Bordelais Correctional facility even though he received a discount on the total number of years his misdeeds are subjected to.

High Court Judge V. Georgis Taylor-Alexander, who sentenced him said she considered the aggravating features of the offence like Mayers trying to dispose of the evidence by throwing the packages overboard; that he moved the drugs at night in an attempt to avoid detection and that there was planning and premeditation in the trans-shipment of the drugs.

“I found no mitigating factors of the offence. I have done an upward adjustment to the starting point sentence to 6 years for the conviction of possession and 10 years for the possession with intent to supply,” noted the judge.

“The Defendant from the outset acknowledged his guilt and he must benefit from a one third discount of his sentence as per practice direction. He has been in pre-trial custody from the 21st of July 2017, and this should be reflected in the time he is now to serve. Consequently, the Defendant is sentenced to imprisonment for one year, 10 months and 28 days for the offence of possession and five years, four months and 29 days for the offence of possession with intent to supply. The sentences are to be served concurrently,” said justice Taylor-Alexander.

The judge also made the following ancillary orders designed, she said, to jump start Mayers rehabilitation. She ordered that he enrolled in the farming program at the Bordelais Correctional Facility. And that should he fail to be enrolled he is to serve an additional year on each offence to be served concurrently. He is also to be enrolled in the education programme at the facility and in default, he is also to serve an additional year on his sentences to be served concurrently.

Justice Taylor -Alexander further ordered that the drugs totalling 449.07 kilograms be confiscated as well as the vessel on which the drugs were found with referral to the Financial Intelligence Authority for civil recovery.

The facts of the case as presented to the court note that on the evening of July 21, 2017, southeast of Moule-a-Chique, Vieux Fort, and within the territorial waters of Saint Lucia, police officers stationed on board the vessel Papa Oscar 11 were alerted to the presence of another vessel in their vicinity. The officers maneuvered in the direction of this vessel for a routine search when the Defendant was seen throwing a package overboard.

The parcel was retrieved from the water and was placed on the stern of Papa Oscar 11. A search in the presence of the Defendant revealed a total of 17 polythene bags on board the vessel which contained green plant material subsequently tested and found to be cannabis.