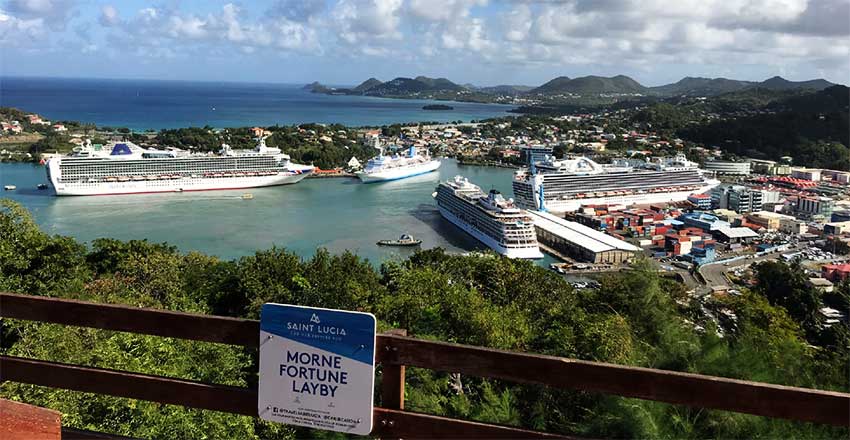 When the 2019 cruise season opens this month, it will be minus a number of issues that tend to create problems in the country for citizens and cruise passengers alike.

And that is because stakeholders of that particular branch of the tourism industry took time out Tuesday of this week to examine the issues, concerns, problems and whatever that exists, which could create obstacles to the smooth flow of the season.

The session, held at the Conference Room of the Orchid Garden (Union), saw stakeholders uniting to commit to improving the visitor experience on island and explaining how cognizance they are of the significance of the cruise sector to the local tourism product.

Despite several meetings in the past the stakeholders saw it fitting Tuesday to discuss the issues that could pose problems during this year’s cruise season.

Some of the issues that impact on the visitor experience, as highlighted by the stakeholders Tuesday were traffic issues, issues relating to demarcation, safety and security to name a few.

In fact, it was pointed out that a number of solutions to the aforementioned issues were already arrived at and timelines given for their implementation.

The group said some progress was made at their last meeting in September of last year however it is now looking at an important factor, which is how to develope new attractions in the destination to increase visitor spending.

Visitor harassment is an important issue the Ministry of Tourism is now dealing with. How to management that has been pondered on for quite some time with the Ministry and the Ministry of Health along with the Castries Constituencies Council (CCC) teaming up to deal with the problem which could impact rather negatively on the island’s tourism product.

The issue of harassment by unauthorised taxi operators was also mentioned and addressed in some way as was noted at Tuesday’s meeting. Still an issue with the Ministry of Tourism is that of the harassment of visitors by vagrants.

It was suggested at Tuesday’s meeting that to deal with the vagrants harassment problem,meetings needed to be held with the relevant authorities. It was also revealed that the Ministry of Tourism had been able to control visitor harassment by unauthorised taxi drivers.

At the September 2018 meeting of tourism stakeholders, a number of decisions were taken in respect of parking by taxi operators using minibuses and coaster buses.

At the end of the stakeholders meeting Tuesday, it was clear that the 2019 cruise season,which begins this month and ends April of next year, will run much easier compared to previous years as some of the vexing issues like harassment and traffic congestions would have been seriously tackled.