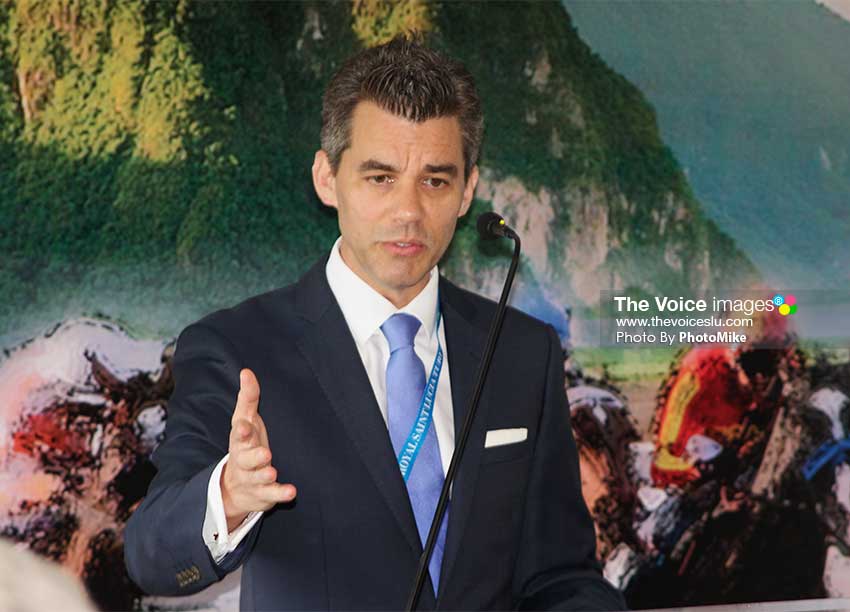 A NEW horse racing industry is set to be launched in Saint Lucia 50 days from now, one that will put the country on the international horse racing circuit and give it a whole new global touristic appeal.

A showpiece event to mark the introduction of this new industry, known as the Caribbean Equine Cultural Festival (CECF) Race Day, will take place on December 13, 2019 where five thoroughbred races will be featured with the highlight being the Piton Cup Race (1800m), a feature race said to be the richest in the Caribbean this year where the winner rides away with USD 150, 000. A custom-made trophy for that race is being designed by acclaimed sculptor Jallim Eudovic.

Already 40 thoroughbred horses are in training at the horse racing facility in Beausejour, having been flown into Saint Lucia last Saturday at the expense of the Royal Saint Lucia Turf Club, an affiliate of China Horse Racing Club, according to Eden Harrington, director of the club.

The December race will also launch the Royal Saint Lucia Turf Club ahead of its first season of racing in 2020. The 40 horses, presently in quarantine, are being managed by two experienced veterinarians and a training team headed by trainer Deon Visser.

Harrington described the horse track as a jewel for Saint Lucia with the Royal Saint Lucia Turf Club as its beating heart, saying that the race will promote the virtues of Saint Lucians and Saint Lucia to an international audience and to a wider mass audience tuning in by broadcast, online and social media channels.

He said the appeal of the Piton Club Race has been generating immense and favourable publicity for Saint Lucia since its announcement several months ago and has secured the participation of some persons in international horse racing that have never been to Saint Lucia and the Caribbean before.

Saint Lucians will be given the opportunity to become owners of thoroughbred horses as the 40 already in the country are for sale and priority will be given to those that are purchased to compete at the CECF Saint Lucia in races valued at USD 20,000 and USD 40, 000. The horses will be sold on a first come first serve basis at USD 20,000 per horse.

According to Harrington the Government of Saint Lucia gave exceeding support to the club and the horse racing facility’s investors to have the facility at the stage it is at right now. He said that 200 Saint Lucians will be employed at CECF Race Day, predominantly from Vieux Fort and surrounding areas.