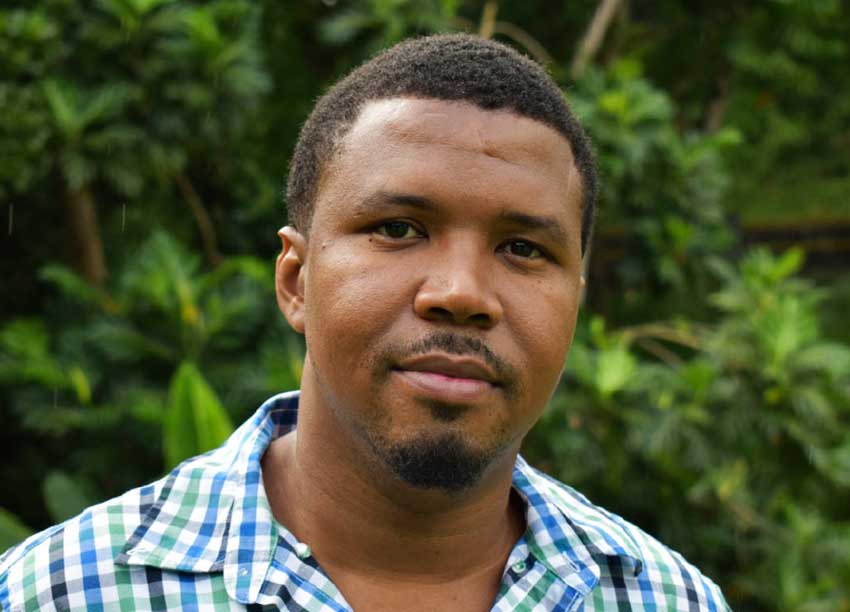 THE Government of Saint Lucia will unveil a monument at the Castries Roundabout at 3 pm today, October 3rd 2019. The monument, which was created by the phenomenally talented Saint Lucian sculptor, Jallim Eudovic, is one of the highlights of Saint Lucia’s 40th Anniversary of Independence. Due to the unveiling ceremony which will be held this afternoon, motorists have already been advised to utilize the La Clery Road via the Calvary to access the City of Castries.

Speaking to the VOICE, Jallim said the sculpture was inspired by the ‘Koudmen Collection’ which he began in 2010. He said the collection was inspired by “collective strength and the power of community to come together in an act of love and an act of devotion for the wellbeing of all.” He said that it was a symbol of “All for one, one for all”, and that the collection has given him the opportunity to explore Koudmen, which is an architectural concept, in its entirety. The sculptor said, “I explored the fishers of the villages and the way they came together to pull their nets; I explored the relationship between mother and child and the nuclear families in our villages. It is all about unity and community and love.”

Jallim said that Saint Lucia’s 40th Independence Anniversary is about “how far we have come as a people.” He described Saint Lucians as cosmopolitan in the sense that they comprise of four major ethnic groups which he outlined as Amerindian, African, Caucasian and East Indian. “Time has amalgamated us and united us and made us one people, and we are very inter-cultural.” He said that one of the things which made Saint Lucian society unique is the intermingling and co-existence which takes place among the people. He said that this was a characteristic of Saint Lucian society which needed to be celebrated.

Jallim, who has been an artist from the age of five, has created a number of sculptures which have been exhibited around the world. He has, over the years, produced seven monumental sculptures for China which now stand in seven cities in China as a transformative tool for conscious awakening in the people of China. His responsibility to create the monument for the Castries Roundabout came through a series of discussions with the Prime Minister’s Office and the 40th Independence Committee of Saint Lucia.

Jallim proclaimed that the monument to be unveiled at the Castries Roundabout is a “celebration of our collective peoples” and a “visual portrayal of who we are”. When the sculptor was asked what kind of emotion he was hoping that the monument would evoke in citizens who looked upon it, the sculptor replied, “Emotions of wonder; emotions of pride; a deeper sense of self and place in time, and also a collective vision. Collective in this context does not mean that everyone must have the same vision, but at least we have to know that we are going somewhere together, because we are all part of one eco-system.” Jallim went further to add, “Whatever we [Saint Lucians] do we must be excellent at it. There is no room for mediocrity. We have proven to the world that we are excellent people and we have to continue in the path of excellence and strive for nothing less.” The monument will be unveiled today at the Castries Roundabout at 3pm.