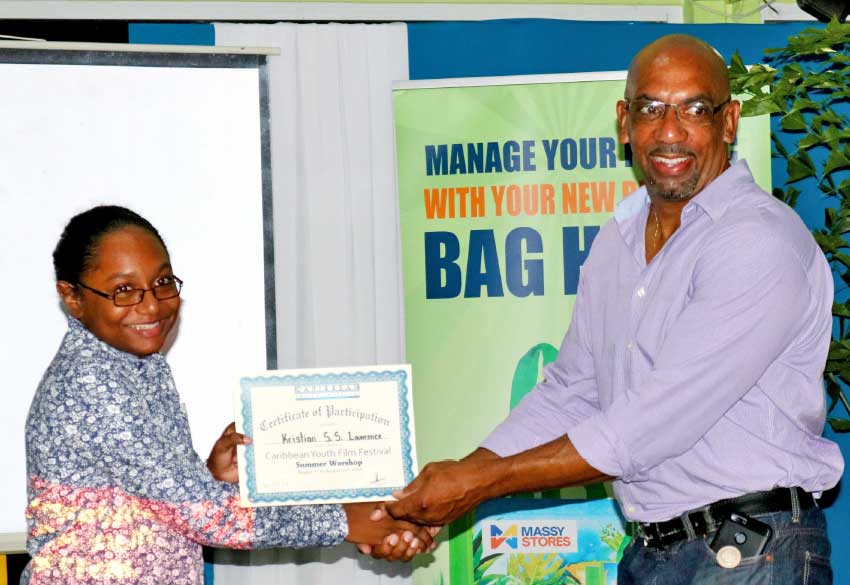 Mistress of ceremonies Sharon Williams Black introduced Colin Weekes who spearheads the Film Festival to give the opening remarks at the event. Also present was NyerereMagloire who facilitated the workshops.

The mission of the Caribbean Youth Film Festival in Collaboration with CUTTV is to empower, inspire and develop youth through filmmaking, constructive engagement, character building and innovative thinking.

Special awards were given to four participants for their outstanding contributions to the workshops and the making of the films. These participants were Kristian Lawrence, Aaliyah Noelien, Kyrra Amédeé and Geri George.

The Film Festival is an annual activity to encourage youth to participate in the process of filmmaking for the advancement of their development in that arena.