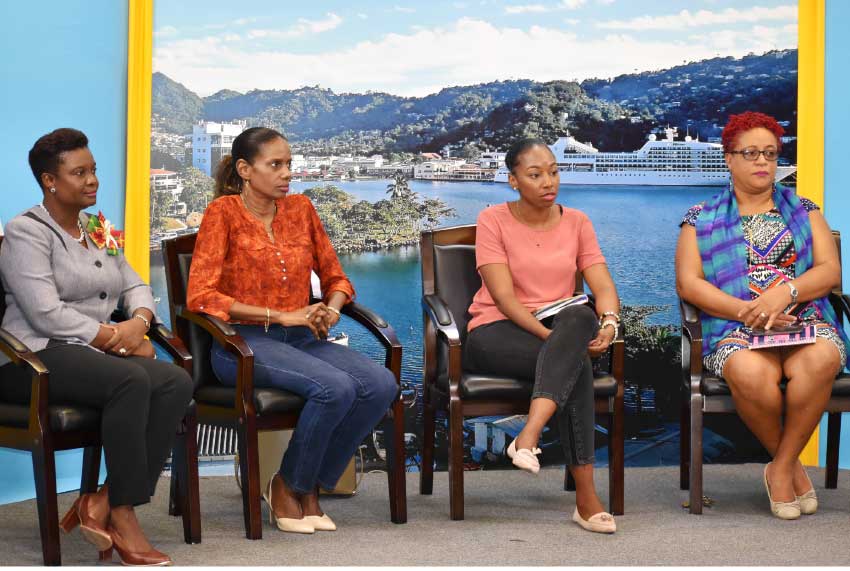 THE Department of Education, Innovation and Gender Relations has officially launched the 2019 Caribbean Secondary Schools Drama Festival (CSSDF). The launch was held at the GIS/NTN Studios at Hewanorra House, Pointe Seraphine, Castries, on Friday October 11th. The festival will be hosted in Saint Lucia from Sunday November 3rd to Saturday November 9th, 2019. Antigua & Barbuda, Montserrat, Trinidad & Tobago, Guyana and Saint Lucia will all be represented at this year’s CSSDF. The theme for this year’s festival is ‘L’esprit Théatre’ which is Creole for ‘The Spirit of Theatre’. This is the second time that Saint Lucia will be hosting the festival since 2007.

Saint Lucia’s National Management Team for the festival was comprised of the Ministry of Education, Innovation, Gender Relations and Sustainable Development, the Ministry of Tourism, Information and Broadcasting, Culture and Creative Industries, Events Company of Saint Lucia, The Cultural Development Foundation (CDF), and the Theatre Art Schools Association (TASA). Present at the press launch of the festival were Kentillia Louis, Coordinator of the 2019 CSSDF; Shakira Roberts Sankah, Deputy Director of TASA; Lorraine A. Sidone, CEO of Events Company Saint Lucia; Fiona Mayer, Chief Education Officer in the Ministry of Education and Celeste Burton, Deputy Executive Director of the Cultural Development Foundation (CDF).

The National Cultural Centre was announced as the home of the Drama Festival. The festival will include a number of workshops on Caribbean cultural forms and Saint Lucian cultural forms. There will also be performances by the various countries every evening throughout the duration of the festival. In her address, Kentillia Louis remarked, “We believe with our youth of secondary school students, this is where we can build capacity for our creative industries; this is where we can ensure that our tradition in Theatre Arts and performance generally, can continue and develop.”

The representative of CDF said that it was important for Saint Lucia to continue its support of Drama and Theatre Arts in Schools and in the wider communities. Celeste Burton proclaimed that the CDF also recognises the importance of music in Saint Lucian culture, and the benefits that secondary school students can attain through participation in theatrical productions. It was on the basis of this recognition that Burton claimed that CDF has, for the past three years, been striving to increase the annual quota of theatrical presentations. She declared that it was a proud moment for CDF when they were given the opportunity to engage with other members of the National Management Team for the launch of CSSDF. She also noted that there will be training opportunities for students and teachers, so that they can improve the standard of theatrical production which they offer.

Shakira Roberts Sankah, during her address, extended greetings from Anderson La Barrie, the President of the Caribbean Secondary Schools Drama Association (CSSDA). On behalf of La Barrie, Sankah remarked, “This is a great opportunity for us all to celebrate, observe and learn not only about our cultures, but represent them in our own unique way on stage. This opportunity allows our schools here and those across the region to network and collaborate, which we believe will strengthen and develop theatre immensely.” Sankah expressed her hope that the general public will come out to support the youth as they expose their talents on stage.

Lorraine A. Sidone of Events Company Saint Lucia said that the festival also served as an avenue to promote Caribbean integration among the youth. She said the Events Company was proud to support the festival, and was even more inspired to do so after realizing that the mission, vision and objectives of the drama festival were aligned with the objectives of the Events Company of Saint Lucia. She said, “We both seek to build capacity through the exchange of entertainment, production and workshops.” She further stated, “The drama festival allows visitors to come to Saint Lucia, and that is the type of tourism we’re looking for in all shapes and forms.”

Fiona Mayer, Chief Education Officer, in closing remarked, “Let us ensure that Caribbean integration and visitor arrival to our shores is continued through the legacy of what we give at this drama festival. What we’re going to give is the best of our culture, hospitality, the best of embracing and showing who we are as Saint Lucians.” She said that theatre, drama and the creative elements are not supposed to be side-lined or put aside for academic excellence as they go “hand in hand with academic excellence.” She concluded by calling upon the Saint Lucian public to give their full support to the drama festival.