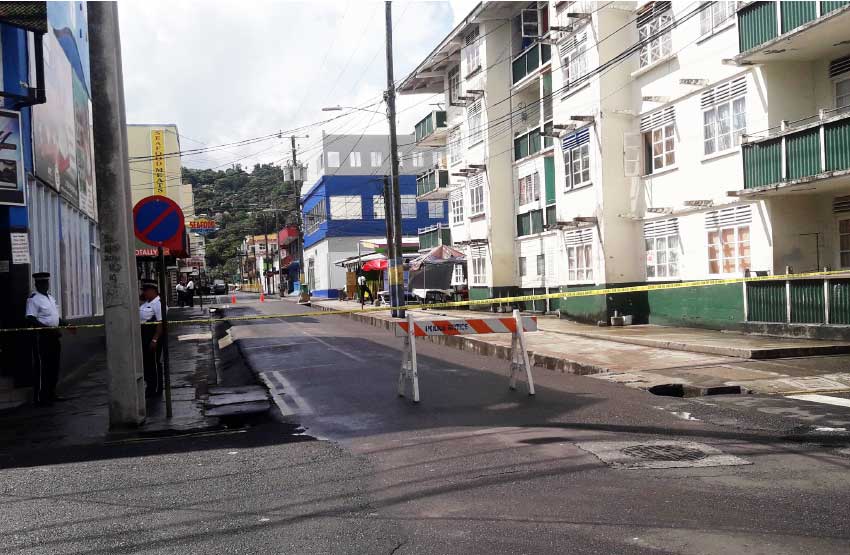 A BOMB threat was made to the Magistrate Court early on Thursday October 17th, 2019. The Magistrates’ Court, located on the corner of High Street and Coral Street, received the threat at approximately 9:05 am. Streets were cordoned off by police and business places in the vicinity as well as the Ave Maria Girls’ Infant and Primary Schools were asked to evacuate.

Police officers attached to the Special Services Unit (SSU) and the Explosive Ordinance Disposal Technician executed a complete sweep of the Magistrate Court in response to the threat. No explosives or incendiary devices were discovered. Civilians were vocal in expressing their frustrations at the inconvenience which was caused by the threat. No arrests were made in connection with this matter. In fact, very few arrests have been made in the past in relation to bomb threats. A series of bomb scares have been made to a number of establishments in Castries this year, including the First District Court on May 22nd. Prior to that, there was a string of bomb threats on March 29th which forced business operations on Bridge Street to shut down. The costs of these bomb threats in terms of lost productivity remain unknown.