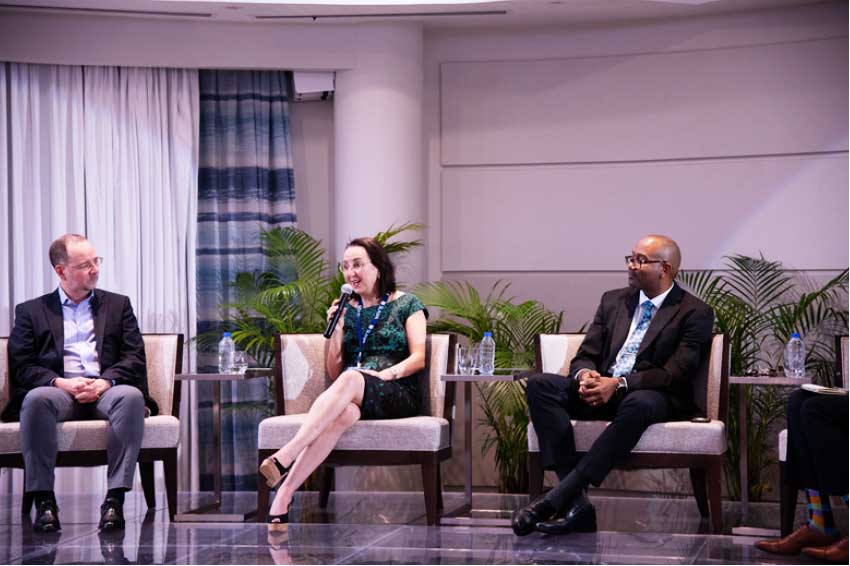 Under the theme “The Promenade of Port Connectivity” this event was the first of its kind for SLASPA, St Lucia and the region. The historic event aimed to promote community, connectivity, and convergence; build relationships with customers, partners and stakeholders within the air and sea port community and inspire students and aspiring entrepreneurs to pursue air and sea port related careers and avenues.

During his closing address, General Manager at SLASPA, Daren Cenac expressed appreciation to stakeholders, partners, sponsors and employees of SLASPA for their commitment in realising the success of the event. According to him; “This showcase created an avenue where players within the port community in addition to participating in discourse, underlined achievements, displayed products and highlighted their contribution to Saint Lucia.”

“With SLASPA being a statutory arm of Government, with the unique and dynamic responsibility and oversight in terms of operations and in some cases where maritime affairs is concerned… it is imperative to transform the way SLASPA integrates with its partners and stakeholders. The Authority recognising the value in its stakeholders, partners, customers and the public in understanding that a broader industry exists of which they are part of, was one of the paramount aims of the port showcase,” added Senior Manager Business Development and Corporate Communications at SLASPA, Gasper George, as he spoke to SLASPA’s position in ensuring Port Showcase was used as a tool to demonstrate commitment to the port community. He further stated; “SLASPA has embarked on some very interesting projects from the policy directives of the Government of Saint Lucia, one being the Hewanorra International Airport Redevelopment Project. The Authority will continue to seek other areas to improve efficiencies and also our customer experience.”