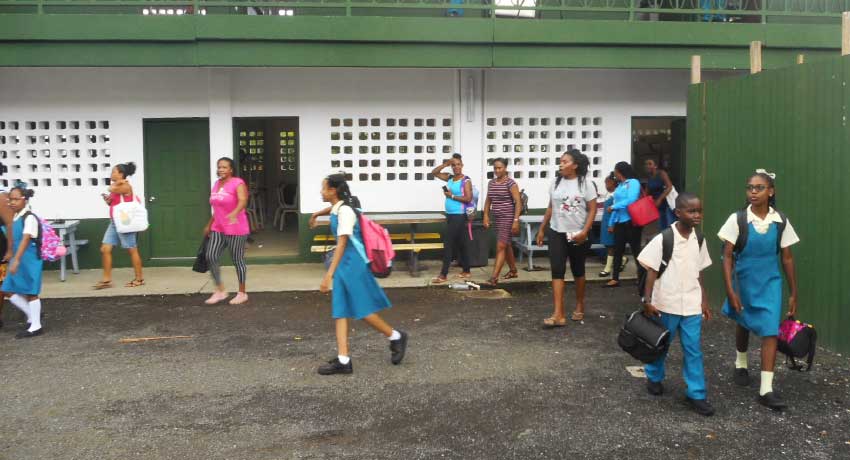 ANOTHER school year, another set of excuses for school dis-repairs and why many schools could not be opened on Monday September 2. I was quite elated to hear the Education Minister and the PM boast of the $10 million spent over the last two years on repairs to 50 schools around the island. Unfortunately, what our two Government officials failed to report was why so much of that money was given by direct awards to undertake school repairs around the island… and was there a Cabinet conclusion which sanctioned that? Moreso is this practice contributing to the mess being experienced by students and teachers as a result of incompletion of works at the scheduled opening of schools? This government seems to have no interest in opening contracts to open public bidding to ensure that value for money is achieved and the most competent bidders are engaged.

The PM has promised all students world class learning in the clouds… very soon… granted he did remove the Labour laptop programme which he inherited, but at least he continued the GINET which Labour had started, so at least more young persons have access to internet across the island, although silly me, without laptops what really is the value to these students? I recall during Labour’s tenure, book rental, uniform assistance, bursaries, transport subsidies, laptops, and $500 cash grants to all form ones… these were some of the safety nets provided to parents to ensure that all students had equal access to education. Then along came Gail and with one keystroke on laptop she deleted most of these existing safety nets, and this is shocking as the Minister represents one of the poorer communities, according to available poverty data.

To save face, the Government scrambles every year to give the Social Fund a few dollars to keep the pretense of education support. Yet the numbers of indigent and poor families who get left out of the loop for equal access to education is astounding; and it is reported that some of those children in receipt of limited assistance from the St Lucia Social Development Fund now have qualified for reasons other than their economic vulnerabilities. I would safely argue that the largest percentages of persons who qualified for this education assistance from SSDF or Department of Equity did not come from the indigent communities in St Lucia but were determined by who the UWP representative was… sad but true. In fact, certain Ministers are insistent that no one other than UWP supporters should receive support from those public funds.

Ironic isn’t it? I applauded – and I still do, on principle — the work of organizations like the St Lucia Social Development Fund in attempting to provide safety nets for the vulnerable in our country. We can all agree that poverty is a complex, multi-dimensional phenomenon which spans the economical, social and psychological spheres. However, I am reliably informed by persons as concerned as I am that there are many instances where certain communities are given special education benefits from these social agencies at the behest of Government politicians and have even been advised not to give opposition members. Some of these privileges are awarded without much consideration to these “clients” meeting the eligibility criteria. A classic example is the number of persons who don’t qualify within the categories of poor and vulnerable for education support, but who are in receipt of public assistance from the Department of Equity and the SSDF. How could that be just and fair?

Further, the frequency of changing text books and the termination of the recycling of books has brought additional burdens to many parents, especially the poorer homes. The absence of a standardized book list means that a parent of four has to meet the requirements of different texts at varying costs for each child. That same parent has to balance putting food on the table, clothes on the backs of children or books in the bag. Is it any wonder that we continue to have these high school dropout rates or dismal performances at CXC’s when the most basic needs of these children are not met by an uncaring society? Where is the conscience of the Minister of Education and her Cabinet Members?