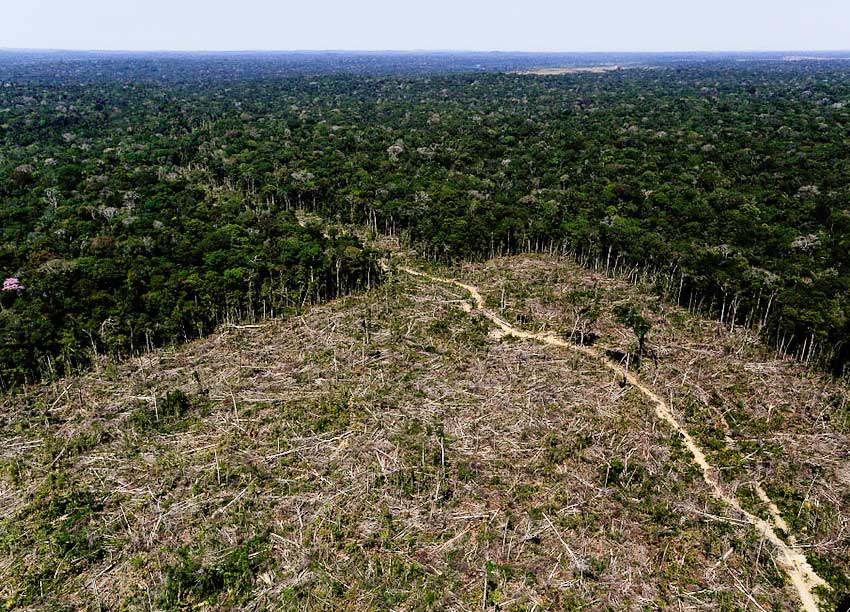 BEYOND any doubt we are living in the most earth-shattering period of world history. The changes occurring the world over are vast and rapid. At present, the great economies of the world are at each other’s throats fighting for greater wealth.

Death and destruction are in almost every corner of the world, from the fiery destruction of the Amazon Forest to the rampant shooting of innocent people in what is now known as mass shootings, to the threats of wars and rumours of wars, racism, xenophobia, bigotry – all have become more prevalent over the years. The most cynical of us would dare say that the world as we know is teetering, threatening to collapse on itself.

In this madness can be found science and technology, striding ever forward, breaking through unknown barriers one after another. A revolution is taking place almost everywhere. Today we are experiencing unparalleled changes in the way we used to do things 30, 40 years ago. In fact, technology has progressed so much that mankind can obliterate cities of both low and high-income countries in minutes.

The simple handheld device we call a cell phone and which could be taken everywhere we go on this planet is now more than just a cell phone. It’s a television, a radio, a torchlight, a library, a storage of important information, a picture album and much, much more.

The technological and other changes being experienced in the world today have been unprecedented both in their nature and extent. Mankind has conquered the seas and space and are looking beyond these two barriers for further barriers to break.

In the words of Sir Isaac Newton, “we are merely picking up pebbles on the beach while the great ocean of truth lies undiscovered before us.”

In other words, the vast and rapid changes mankind has made do not mean there are no more discoveries to be made. With the positive changes and advancements have also come lawlessness and corruption which continue to prevail in many societies. In Saint Lucia, lawlessness can be seen in the mounting cases of murders, burglary, rapes, theft, rampant shootings, fights and more. Our public services at times seem under threat of collapse; a trip to the emergency department of Victoria Hospital is a case in point, particularly on weekends while our prison holds more inmates than originally designed to hold.

Truth, honesty and integrity, once noble traits found in people seem to be vanishing from today’s generation. Fear and a frightening ambition to have more money are two dominating factors in the world today.

Too many people today are afraid of the future, uncertain about what it brings while many more are willing to do almost anything for money which continues to dominate life as we know it.

Where can we get salvation from our current perplexities that not even governments can solve? Beyond doubt we need hope, guidance, and direction. We need togetherness, and truth, whether that relates to political or religious leaders, or the regular man on the street. We need more leaders who spend less time campaigning, and more time listening. Only with listening can proper applications be made on the best way forward for all. We need to get back to the basics. All is never lost, and it certainly is not in the case of Saint Lucia. We have seen many positive advancements and changes, and we have progressed and gone forward in significant ways over the years in areas related to education, youth and business development, tourism, and the list goes on. What we need to ensure is that our development continues to be balanced and fair, and that we keep on rooting out the bad, so that there’s more room for the good.